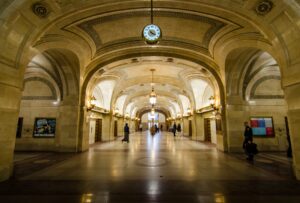 Politicians in our state and in Chicago don’t police themselves and hold each other accountable. Statistically Illinois is the second most corrupt state in the country and Chicago the most corrupt city. It’s not a stereotype or a running joke amongst political elites, but a true fact. What is even more jarring is that the watchdogs who are supposed to be there to keep the politicians in check, also have virtually no power.

According to its website, Chicago’s Office of the Inspector General is “dedicated to ensuring honesty and integrity in City government by rooting out corruption, fraud, other misconduct, and waste.”

More generally, an inspector is “an official employed to ensure that official regulations are obeyed, especially in public services.”

But, like so many other things, Illinois’ Inspector Generals conveniently serve as a patina of good governance to mask a corrupt core.

The recently retired Chicago Inspector General did not mince words on the state of corruption in Chicago. In speaking with Crain’s he said, “At times, I’ve felt like a useful idiot. We can’t make changes. We can only make recommendations…Our government is broken…”

We heard similar sentiments from Legislative Inspector General Carol Pope who resigned from her position this summer calling her position a “paper tiger.” and that it “has no real power to effect change or shine a light on ethics violations.”

This lack of institutional power to hold corrupt politicians accountable is seen by Illinois’ governing class as a feature not a bug.

Governor Pritzker has been in office for three years. Democrats have held a majority in Springfield for two decades. If ethics and accountability were a priority, they’ve failed by any common sense standard.

That is why voters should have the ability to do the job themselves. This is why a recall option would be a step in the right direction for every day Illinoisans to regain control of their government.

The experiences of these two Inspector Generals further proves that the politicians in charge have no intention of changing the system and restoring power to the people. Because the system is working for them. They mock the voters they are supposed to represent, appointing “inspectors” who lack power to inspect, curtail, or hold accountable corrupt politicians.

Transformative ideas such as recall options can’t even get a hearing in the Democrat-controlled General Assembly. It’s because those in charge stand little to gain by giving more tools of accountability to voters.

This leaves voters with little confidence and trust in elected leaders and why many are fleeing to other states. The recall corrupt politicians grassroots campaign is a movement intended to empower voters and send a message to politicians that fancy campaign ads and last minute efforts to throw some sort of ethics reforms across the table won’t be enough anymore.

Elected officials must work to restore trust and be responsive to those they were elected to serve and not just in the months leading up to the election. Only then, would we be able to see more effective change and a more responsive governing body.

If you want the power to hire and fire your elected officials, sign and download our petition.Download