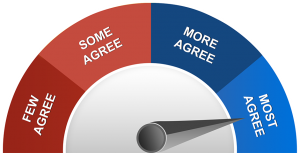 Quinn in August herded them to a high-drama special session in Springfield, pleading for a pledge to check the state’s economy into pension rehab.

There was one problem with this scenario. The House bill that Quinn asked lawmakers to rally around would not achieve significant pension reform if passed. A similar Senate bill passed last May was equally toothless.

There are so many elephants in the room they might need to move the General Assembly to Soldier Field, or the Serengeti Plain. Maybe they’re waiting for a stampede. It’s coming in the form of:

That failed House bill, with its requirements of only minor concessions by state workers (and excluding teachers), predictably led to union members heckling Quinn in public. But instead of begging them to be more polite, the Governor should be shouting back, “You ain’t seen nothin’ yet!”

Given the size of the state’s pension crisis after years of fund raiding and unrealistic investment growth forecasts, the goal should be to wield a wrecking ball, not a scalpel.

Because the more accurate total dollar figure tied to unfunded pension liabilities is $100 billion higher than Quinn and others acknowledge — $183 billion, not $83 billion – no union or group, workers and retirees alike, can be immune.

For the sake of future generations, the elephant two-step needs to be the last dance.