Chief Executive Magazine has ranked Illinois 48th on their list of best and worst states for business. It is the same abysmal ranking the state held last year. 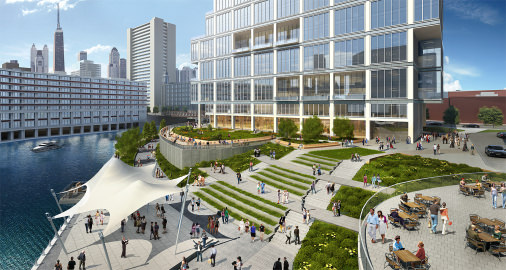 Decades of overspending, over-promising, and over-borrowing, combined with the state’s enormous unfunded pension liability, increasing tax burden, and soaring workers compensation costs, has put Illinois into an unmitigated fiscal crisis. It is impossible for businesses, and the families that rely on them, not to take notice.

Politicians, special interests and junk economists in Springfield, by contrast, see the status quo as good enough. How else can they explain the same dismal rankings year after year?

Instead of passing the major reforms the state needs to right the ship – including structural changes to our pension, property tax, and Medicaid systems, they spend their time on unserious initiatives while our problems grow.

For example, State Representatives Michelle Mussman and Steve Andersson championed resolutions to defend and recognize bacon as a breakfast meat. How many jobs will that create? Deb Conroy, Carol Sente, and Marty Moylan focused on hot-button issues… like making cycling the official state exercise. And over in the Senate, Julie Morrison worked to ban elephants from being part of traveling circuses.

These are among the highest paid legislators in the country. During election season, Mussman, Conroy, and Moylan will fill voters’ mailboxes with glossy, bromide-filled campaign pieces touting their efforts. But, all they have given us are empty promises and empty wallets.

The politicians have made our home one of the most hostile states in the nation for businesses and by extension workers and job seekers. Consider the bidding war for the new Amazon HQ. Nationally, states have been showcasing the success of their pro-business policies and initiatives in the hope of incentivizing CEO Jeff Bezos to locate over 50,000 Amazon jobs in their state.

Illinois, which desperately needs jobs but generally treats business as a scourge, decided it wanted a piece of what Amazon would deliver. So Chicago’s political North Stars including Mayor Rahm Emanuel and even former President Barack Obama, tried to lure Amazon using “The Chicago Way.” They offered the company one of their largest sweetheart deals to date: billions in subsidies and a view of Chicago’s magnificent skyline.

This week, Amazon executives sent a clear message on the type of states and cities in which are looking to do business. Amazon released a statement opposing the “head” tax passed by the Seattle City Council, which will tax “$275 per employee, per year on for-profit companies that gross at least $20 million per year.”

Amazon’s statement reads: “We remain very apprehensive about the future created by the council’s hostile approach and rhetoric toward larger businesses. The city does not have a revenue problem – it has a spending efficiency problem.”

Amazon, like CEO Magazine, understands success and the role government plays in it. Illinois’ “special deals for special interests” policies, the political culture that spawned them, and the results they have generated are not enticing to families and companies looking to put down roots in a community. They are repellant.

The politicians in Springfield don’t get this. Voters need to heed the lesson of CEO Magazine and Amazon. Reject those who hinder success. Replace them with leaders who will move government in a direction that will achieve more than marginal political victories. Elect men and women who understand the policies and reforms that need to happen and have the political will to implement them.

Until we do that, the only thing Illinois voters will be able to count on from state government is more empty promises and empty wallets.