The newly inaugurated General Assembly was in Springfield as the first week of 2015 Spring Session was convened.

In the first weeks of the new legislative session, floor debate will generally be short. At this point, a legislators’ work is to draft and file bills. They will then work those bills through legislative committees to the House floor.

Committee Assignments– Legislative committees play a critical role in government. They have the power to determine whether a bill will live or die. Some of the most important work of the ILGA — considering, shaping, and passing laws to govern the state – is done in committee rooms.  We will provide a list of committee assignments once they are finalized.

SB 16, the original Democrat funding formula, would have stripped suburban school districts of millions. In May 2014, the bill was passed in the Senate.

The response was immediate. School districts joined state legislators, such as Reps. Jeanne Ives and Tom Morrison, to inform their families about the bill. 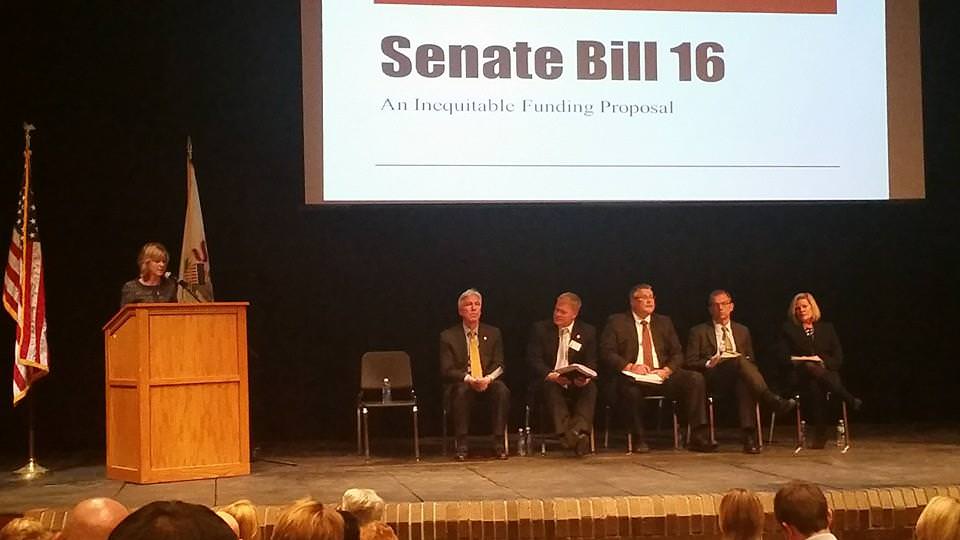 We’re sending a strong message to Springfield. Visit our ‘Take Action’ page and ask your legislators to support real education reform in Illinois. Once SB 1 is fully drafted and scheduled for a hearing, we will issue an alert with instructions on how to file a witness slip in opposition to this bill.

The defeat of the funding formula proposed in SB 16 was a shining example of how different the legislative process becomes when citizens play an active role.

When the Elementary and Secondary Appropriations Committee met in November, it was under heavy scrutiny. Over 6,000 witness slips had been filed against the bill. There was no chance legislators could slip this bill into law.

Throughout the 2015 Spring Session, The Illinois Opportunity Project will have boots on the ground in Springfield. We will keep you updated regularly, and empower you to influence policy outcomes.

Together, we can bring good government back to Illinois.