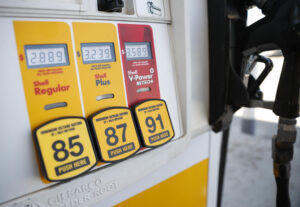 As Illinoisans face record high gas prices, they should be rest assured that help is on the way, because the state is suspending the .2 cent tax increase from going into effect July 1. To clarify, there’s no tax cut to the second-highest gas taxes in the nation, but a temporary suspension of a .2 cent increase per gallon.

As part of this legislation, gas station owners are also required to display signage explaining the temporary suspension. The Illinois Fuel and Retail Association filed a lawsuit challenging this requirement but was dismissed in court.

To take matters into their own hands, several gas station owners are displaying signage of their own explaining how the state just doubled the gas tax three years ago, how the .2 cent tax hike will indeed go into effect AFTER the November election, and how they are required by law to display the sign or be at risk for a $500 fine per day. Quite the clever move.

Peoria gas station owner, Terry Beachler, called it for what it was, a “stunt”, and that drivers will see through it when they see no real savings while filling up.

Before you head out for your 4th of July celebration this year, call Gov. Pritzker’s office at 217-782-6830 and tell him enough of the political stunts and demand real tax relief.