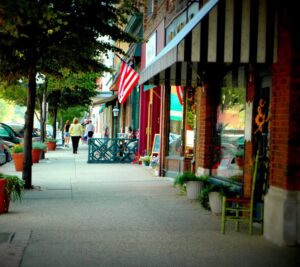 In the months-long effort to educate myself and fellow voters on the dangers of the Tax Hike Amendment, there were few moments when I sat down to see the impact of what people were really thinking about the proposal. Even in the chaos of Election Night, I saw numbers, but didn’t see people.

My wife and I decided to enjoy the unusually balmy November weather by having lunch in Geneva. Doing so safely outside along Third Street, with masks, socially distant, the whole nine yards.

As my wife and I rehashed the political events of the evening before, an older couple struck up a conversation with us. They were from Darien, both retired, making their weekly trip to the same restaurant where my wife and I got engaged nine years ago. Can’t beat the $8 spaghetti special!

They spoke about the Tax Hike Amendment, why they voted against it. They talked about how they didn’t want to get fooled. We brought up “Toll Free in ’73.” We wondered where this issue would go next. However, there wasn’t a feeling of worry. Instead, it was a shared sense of pride in taking Illinois back from the grips of politicians who’ve only known one way to rule this fiscal mess. It was a sense of relief and a sense of appreciation.

They were an ordinary couple, in their upper 70’s. He was a veteran who said no. He was the kind of veteran that felt the need to stand up for other veterans on fixed incomes as retirees. The kind of people who didn’t want to think about moving to Arizona or Florida to protect their money. These two want to stay here. Right here in Illinois. So they chose to help farmers in Macon County who knew they couldn’t afford this. They wanted to protect the factory workers in Rockford and Joliet who were afraid to stand up to the unions that didn’t represent their views. They wanted to make sure they could take a stroll after lunch in Geneva, and that shop owners of charming small businesses that dot Third Street would be open to greet them with a friendly wave. They wanted to say no more taxes on anyone. Not in a recession. Especially not now.

Illinois voters get it. Sometimes it takes a conversation with a humbled retired soldier to connect the dots on what we’re all missing. When you stand up against something, you demand leadership and that’s what happened in the Land of Lincoln on election night. People from all walks of life and all political ideologies said “This can’t be the only way. We’ve got to do better. We’ve got to fix this.”

Whatever happens next requires dedication to the cause of giving the state of Illinois back to the people of Illinois. However, looking forward requires looking back. Thank you to the farmers finishing up their harvest. Thank you to the factory workers punching the clock on the third shift after casting their ballot. Thank you to the small business owners on Main Street from St. Charles to Sandwich trying to stay open during the most difficult economic time of their lives. Thank you to the suburbanites who have had their political views challenged in recent years but stuck to their guns about fiscal responsibility. Thank you to the folks in the city who understood that this isn’t about today, it’s about tomorrow.

Thank you to the veteran who made me appreciate why we should fight for Illinois. It was a beautiful day in November, not a cloud in the sky. It was nice that we had a chance to enjoy it.