The Illinois Opportunity Project recently addressed growing dissension in the Illinois House, where several Democrats broke with their party to uphold Governor Rauner’s veto of a major union bill, indicating that House Speaker Mike Madigan was losing his despotic control of the state. A closer look at recent trends in Springfield and among voters confirms that the power shift is real.

The defeat of “The AFSCME Bill” (SB 1229), which would have stripped the Governor of his authority to negotiate a major public contract, has not been the only win handed to the pro-business Governor by rebelling members of the Speaker’s caucus. Rauner’s overall record on veto overrides this year has been sixty wins and only one loss.

More importantly, Illinois Democrats are bleeding public support. A recent poll of likely General Election voters indicates that families and businesses are waking up to the games played by Springfield politicians. In response to the question, “True or Untrue: Bruce Rauner is trying to shake things up in Springfield, but the career politicians are standing in his way,” 70.6% said, “True.” According to the same poll, 76% of likely General Election voters understand Madigan controls Democrats in the Illinois General Assembly (ILGA). And only 11% have a favorable view of the Democrat-controlled state legislature. 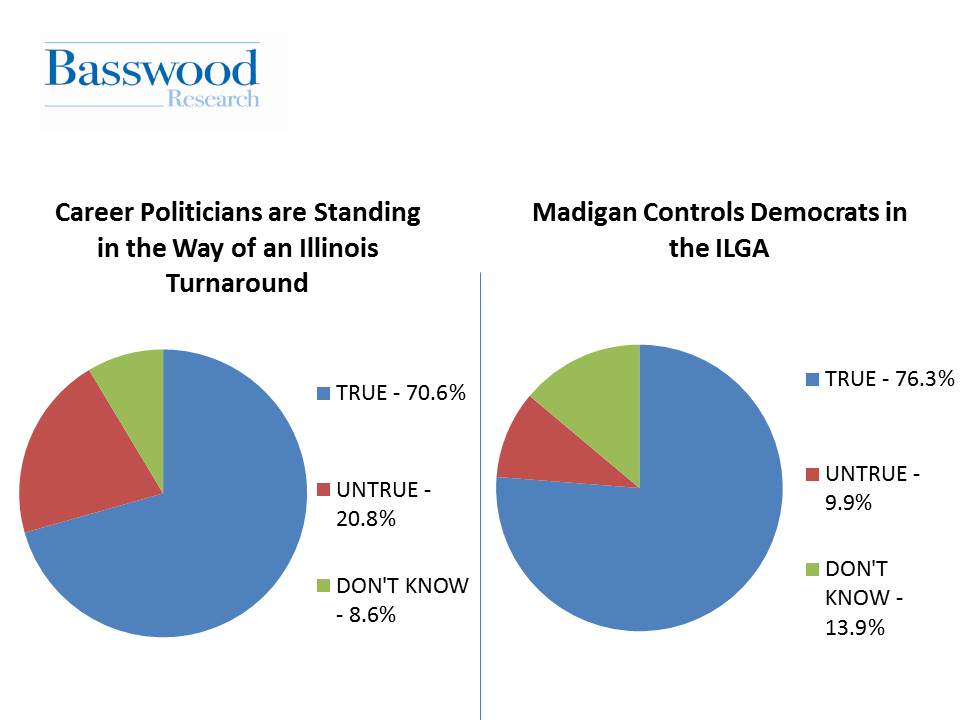 The demand for independent legislators, and the equity, efficiency and excellence that is established through free-market policy solutions has never been louder. The opportunity to advance the cause of liberty and enterprise in Illinois has never been greater.

In order to capitalize on this opportunity, campaigns for state House and Senate seats will require innovative strategy and a powerful grassroots effort. The work to educate the electorate on policy solutions and to clearly identify candidates who are fighting for these solutions has already begun.

At The Illinois Opportunity Project, we have established an approach of developing and investing in talented leaders. We have also been diligent in our analysis of a political landscape that is in transition. Our work to date has helped us to develop a strategy that will influence Independents and persuadable Democrats to vote for liberty-minded candidates in 2016.

As the election season intensifies, those of us who believe in free minds and free markets need to keep our eye on the prize. Each of us has a role to play in the achievement of this victory. Join our Policy Revolution today by donating $25, $50, or $100, or contact us to become an advocate in your community. Together, we can ensure that today’s trend becomes tomorrow’s truth.