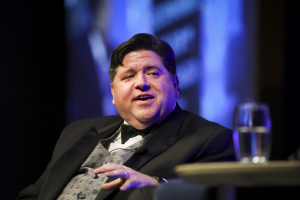 By Matt Rodewald, Director of Communications

Governor J.B. Pritzker doesn’t care about you. He cares about himself.

Any Illinois resident should be able to see that after this weekend’s late-night dump of $51.5 million into his pet project progressive tax. There are so many issues that Pritzker could care about and put his money where his mouth is, but he doesn’t.

$51.5 million. That could go a long way to helping fix some serious problems. Let me count the ways!

Pritzker spent $17 million on failed masks that were so flawed they had to be recalled. He spent nearly $2 million just to fly them here from China. He could have spared the taxpayers expense, but no, Pritzker left you holding the bag while his spending of your dollars goes unchecked.

The failed McCormick Place hospital, that saw a whopping 38 patients, cost $11 million to staff. Could he have said: “This didn’t work, I’ll cover it?” Sure, but he didn’t. You get to pay for it.

The pandemic has exposed a woeful level of preparation for these sorts of things. Something that someone with deep pockets could have helped with in March. Instead, Pritzker waited until June for the unbalanced-balanced budget to be rammed through and increased taxpayer spending on the Department of Health by $19 million.

Democrats can’t deny this. It’s in their own newsletter.

During the COVID-19 pandemic there has been discussion on working from home, learning from home and being connected online in order to do so. That’s been an underlying issue in rural areas for quite some time. Yet an opportunity came up weeks ago to expand internet access to more than 26,000 homes and businesses.

The price tag? $50 million. Did he spend his money on it? No, he spent yours.

The expenditure makes sense, but the opportunity to show that he really cares about rural Illinois shows otherwise. He could have made it easier, but he chose not to.

Opportunity for leadership has stared Pritzker straight in the face for his entire term. He’s looked the other way every time. This blog could have easily giggled at the prospect of spending $50 million on 51 private islands in Fiji or 12 million Big Macs, but leadership requires maturity.

Leadership also requires understanding when your plan won’t work. Pritzker instead wants to double down on a policy that has proven to fail everywhere else. Standing down on a policy that will hurt 110,000 small businesses that were forced to shut down for months, threatened with jail time upon re-opening, ransacked and ruined during riots while leaders idly stood by requires someone who truly cares about you.

But he doesn’t. There are 50 million reasons why Pritzker only cares about himself.