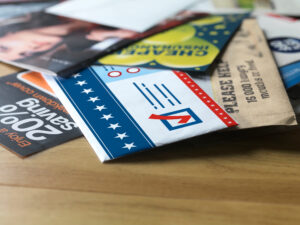 Illinois legislators take advantage of politically expedient moments instead of of instituting meaningful reform. They settle for the bare minimum, send out a nice sounding press release, and throw it on a campaign mailer hoping to get reelected the next cycle.

For example, after the murder of George Floyd in 2020, legislators across the country were looking for ways to increase police accountability and keep communities safe. What did the Illinois legislature do?

They stripped police of their power and completely shifted the criminal justice system to favor offenders over victims. They legislated on emotion and political favor rather than taking into account the safety of law-abiding citizens and the already hard and dangerous job law enforcement has.

They overstepped and so much so that this week, two Democrat States Attorneys are suing those who supported the SAFE-T Act on its constitutionality. Legislators who supported the bill are having second thoughts and realizing there’s much cleaning up to do to try and cover their tracks. Even Attorney General Kwame Raoul is saying he’s open to changes.

As families’ fear over their safety mounts and as police departments like Chicago’s are severely understaffed, elected officials are finally acknowledging the legislation needs some work? Shouldn’t legislators read through and discuss consequences BEFORE they vote yes on a bill?

It’s not enough to tell Illinois families: “I’m working on it.”

The same goes for their actions on tackling corruption. After ranking as one of the most corrupt states in the nation year after year, Illinois legislators finally felt the need “to do something.” So they passed some ethics laws, celebrated in press releases, and told you in their political mailers that they’re “cleaning up Springfield.”

In reality, NINE members of the General Assembly have been charged with federal crimes since 2019. This week, Sen. Emil Jones III was charged for allegedly taking a bribe from a red light camera company.

And how quickly we forget that barely six months ago, the most powerful legislator in Illinois, Mike Madigan, was indicted for his involvement in an alleged bribery scandal with ComEd. Just a couple short months before his indictment, 51 members of the House still supported him to lead their caucus as Speaker of the House. After he was ousted, Governor Pritzker still suggested we thank him for his public service.

They expect us to believe they’re serious about rooting out corruption in Springfield? Just because the local newspapers ran their press release and it says so on their campaign mailers?

It takes more than press releases and paid campaign mailers to prove legislators are serious about tackling crime and rooting out corruption in state government. Concrete actions will speak louder for the concerned citizens who are paying attention.