Illinois Democrats have proven once again that serving you is not their first priority. They are more interested in working the system to serve themselves.

Before adjourning for the Independence Day holiday, with $8 billion in unpaid bills to the state’s social services providers and businesses, State Senator Kimberly Lightford (D-Chicago) stood on the floor of the Illinois Senate and declared, “We’re not vendors… we deserve to get paid.” We’re not them. We’re legislators. 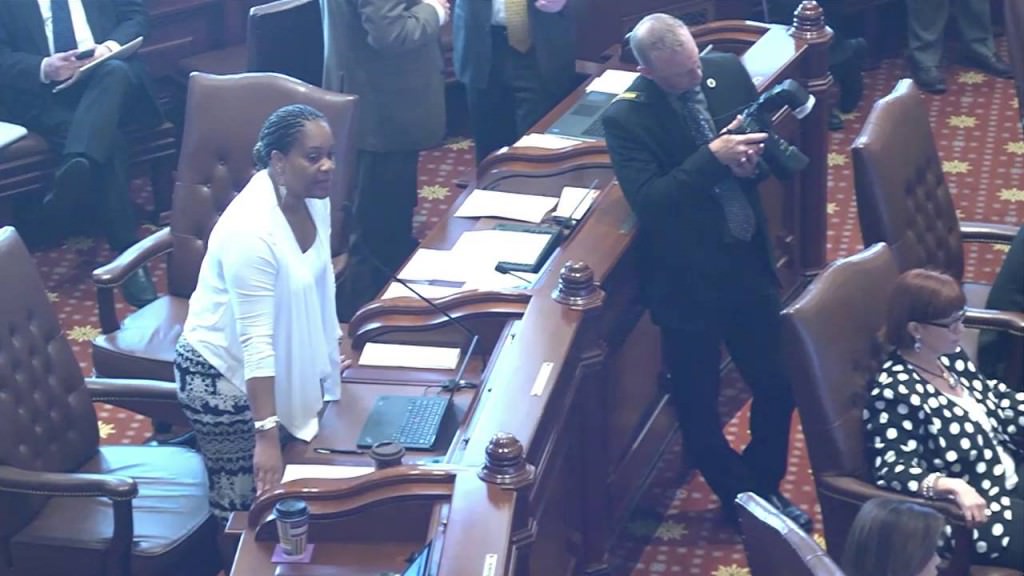 Politicians are rarely so honest about their core beliefs. They typically let their actions do the talking. For example:

In this case, however, Lightford succinctly summed up the central principle of Illinois’ ruling class: Insiders count. People who play by the rules… don’t.

Still, we wonder how she could make such a grossly oblivious statement. The reason is partly that members of Illinois’ political class feel their influence, status, and privilege means they aren’t responsible for the real-world consequences of their own rhetoric. It is also that they have simply forgotten what life is like for Illinoisans, or never really knew it at all.

The reason elites, like Kimberly Lightford, give the impression that they have never had to make a choice between laying off employees and losing their business is because they are part of a rigged political system with no bottom-line sensitivity. That is why Illinois legislators receive the 5th highest paychecks in the nation, while we have $8 billion in unpaid bills.

It is similarly difficult to imagine that Barbara Flynn Currie or House Speaker Mike Madigan have ever had to wait in an emergency room line with a sick child or care for a loved one with disabilities. Their legislative choices demonstrate over and over again that they are laser focused on preserving their own power. The sustainability of social services or strength and credibility of our Medicaid program are merely political talking points at election time. For that, we are ranked 47th out of the 50 states in providing services for people with developmental disabilities despite record high taxes.

And Kate Cloonen and Mike Smiddy certainly don’t give us the idea that they know what it is like for a parent to be subject to the ambiguity of a lottery in order to provide their child a decent education. Someone who has lived through that is highly unlikely to play a video game as their party bosses attempt to hold schools hostage in order to pass an out of balance budget and demand a bailout for underperforming Chicago Public Schools.

Illinois Democrats are well known for the sources and systems through which they engineer wealth, power, and influence. They make a tremendous show of embracing select and politically convenient values in order to exercise and perpetuate their privilege and power. And, as Kimberly Lightford demonstrated, they are outraged when anyone dares suggest – by word or by vote – that they are mediocrities.

Little wonder the underlying theme of the 2016 election has been anger and disgust directed toward the political establishment. Per the polls, an overwhelming majority of Illinoisans see their families’ future and the state’s outlook as extremely bleak. And they see the political leaders in Springfield as being megalomaniacal, avaricious, narcissistic or feckless.

As we head into general election season, the question is: are Illinoisans truly angry enough to finally drive a stake through the heart of the political establishment that has used and ignored them for decades, or is that merely something they tell the pollsters?

Kimberly Lightford just told you who they are. On November 8, tell them who you are.