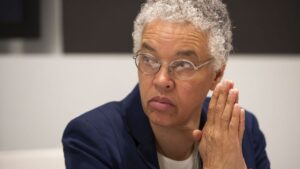 Mayor Lightfoot has already canceled her own property tax hike for next year after much blowback from residents. Inflation is at record levels high. And Illinois homeowners still face the second-highest property taxes in the nation.

The Forest Preserve is asking taxpayers to weigh in on a property tax hike which would increase bills by $20 more a month.

The Forest Preserve already has a $134 million budget but proponents of the increase say it’s not enough to support the vast entities the district is in charge of operating.

Allowing the Board to increase taxes would be a failure to hold yet another governing body in Illinois accountable for running more efficient budgets, especially as working families are already struggling with the increased cost of living.

Families are forced to live within their means and keep costs low during hard times, why doesn’t the government operate the same way?

It’s up to the residents of Cook County to take matters into their own hands and reject more government spending and higher taxes.

Call Cook County Board President Toni Preckwinkle’s office at (312) 603-6400 and demand she reject a property tax hike on working families in Cook County.