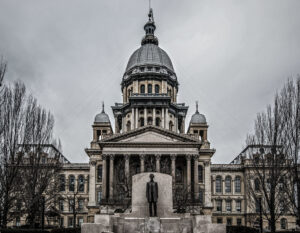 A preview for the weekend ahead

Legislative Session ends Monday, but you wouldn’t know it with the lack of urgency from the General Assembly. Major issues such as the budget, real ethics reform, pension reform, and property tax relief have yet to surface. That’s if they ever will.

But if you’ve been around long enough, you know that this is by design. Back in January, when Speaker Madigan was ousted for one unethical incident too many, we were promised a “New Day.” We were promised increased transparency and collaboration.

Speaker Welch started his celebratory speech praising the leadership of Mike Madigan and stating, “this state will never be able to adequately thank Speaker Madigan for the job he has done.”

Gov. Pritzker praised Madigan saying, “The people of Illinois have much to be grateful for thanks to his dedicated public service…”

We knew it then, and we know it now. Nothing has changed.

Even though Madigan is gone, his legacy and corruption remain. Just this week, yet another Madigan aide, Tim Mapes, his former Chief of Staff, was indicted for obstruction of justice charges regarding his answers when questioned about the alleged ComEd bribery scandal.

Just a few days prior to the indictment, Senate Republicans introduced strong ethics reforms to combat the decades of lacking oversight on bad actors such as Madigan. But we have yet to see any bipartisan push in support of these measures.

Here’s a sampling of some of the more “important issues” they decided to tackle this year:

Gov. Pritzker’s third session is shaping up to be another failure on producing adequate ethics reforms, property tax relief, and a balanced budget.

Gov. Pritzker, Speaker Welch, and the rest of the Democrats in control have proven that they do not care to tackle the serious issues you care about. They are more interested in protecting their own power and pushing their own agenda.

How will you fight back?