This week in Springfield, House Speaker Michael Madigan and his House Democrats doubled down on the broken status quo. They passed another unbalanced – and therefore unconstitutional – budget. This budget ignores the structural reforms Illinois government needs and can only be funded through massive tax increases.

The FY16 budget is precisely the irresponsible, unethical approach to budgeting that has caused families to flee Illinois for states with better opportunities. It is this approach that put Illinois last in the Midwest in job creation; has left us unable to provide for our developmentally disabled residents; and has given us the lowest credit rating in the nation.

Together, we rejected this system of government when we elected Governor Rauner in November. Now, Illinois Democrats what to continue the policies of Governor Quinn, Speaker Madigan and the Chicago Machine. They are protecting their own power at the expense of our families.

Illinois does not have a revenue problem. From 2006-2014, Illinois saw a 48% increase in tax revenue. Unfortunately, the state has very little to show for it. In those 8 years, we went further into debt; our liabilities increased; our credit rating plummeted ; our ability to deliver services deteriorated; and people, businesses and jobs fled the state. 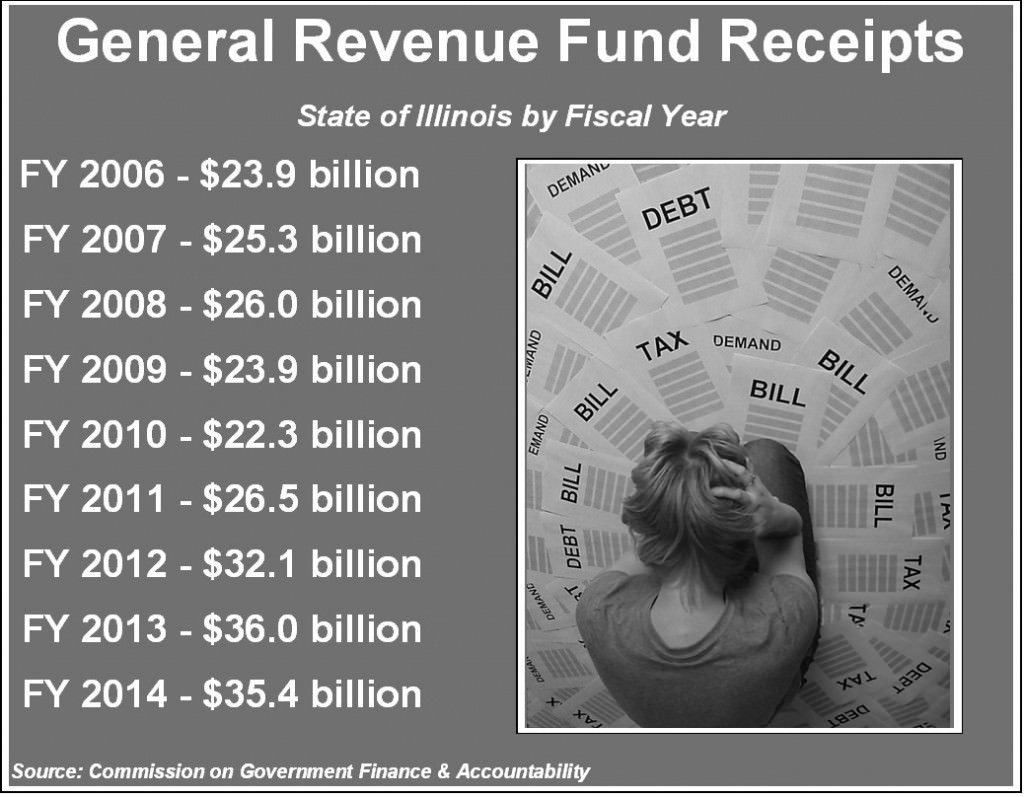 Illinois has a spending problem. And, it is a moral imperative that we fix that problem, without asking taxpayers, yet again, to forfeit more of their hard-earned money.

Four years ago, the Democrat-led General Assembly passed the largest tax hike in the history of Illinois, promising to pay down unpaid bills and get Illinois’ finances in order. Yet, despite record tax revenue, we are still left with over $6 billion in unpaid state bills and the nation’s largest unfunded pension liability.

Illinois Democrats, despite their empty campaign promises of fiscal responsibility, appear confident they can continue their big spending practices. They readily admit their budget is unbalanced and that their unwillingness to rein in spending should be financed by higher taxes on families and businesses across Illinois.

As for Republicans in the state legislature, they need to understand that they can only win politically by sticking to their principles on budget negotiations.  Those principles should be: respecting the hard work of taxpayers and protecting the life they are trying to build in Illinois; providing care for our truly vulnerable; and ensuring access to quality education for all children.

Go to our Take Action page today and demand that your elected officials keep their promises to reform state government.