Before you vote on November 8, your state legislator’s record on issues impacting business and job creation should play a major role in your decision making

After over a decade of one-party rule, 40 years of House Speaker Mike Madigan (D-Chicago), and 35 years of Senate President John Cullerton (D-Chicago), Illinois has $10 billion unpaid bills. We have the worst-funded pension system in America. Our schools are struggling. Our largest city and economic engine, Chicago, and our largest school system, Chicago Public Schools, are in dire financial straits. Illinois has the lowest credit rating in the nation.

Consequently, in this election one of the most critical issues facing Illinois voters – and the biggest issue affecting our budget – is our inability to compete with other states for jobs and economic development.

The National Federation of Independent Business’ (NFIB) – one of the nation’s leading business associations – releases an annual record of state legislator’s votes on legislation that promotes the interests of small businesses issues. Per the NFIB website, a score of 80% means the legislator is a “Guardian of Small Business,” which means they supported the small and independent business position on key pieces of legislation at least 80 percent of the time. The NFIB does not label legislators with ratings below 80%. However, given the state’s economic situation, it is logical that Illinoisans expect legislators to be convincingly focused on encouraging business growth in Illinois every chance they get. The evaluation provides an accurate snapshot legislator’s attitude toward business. Please visit the NFIB website for a complete list. 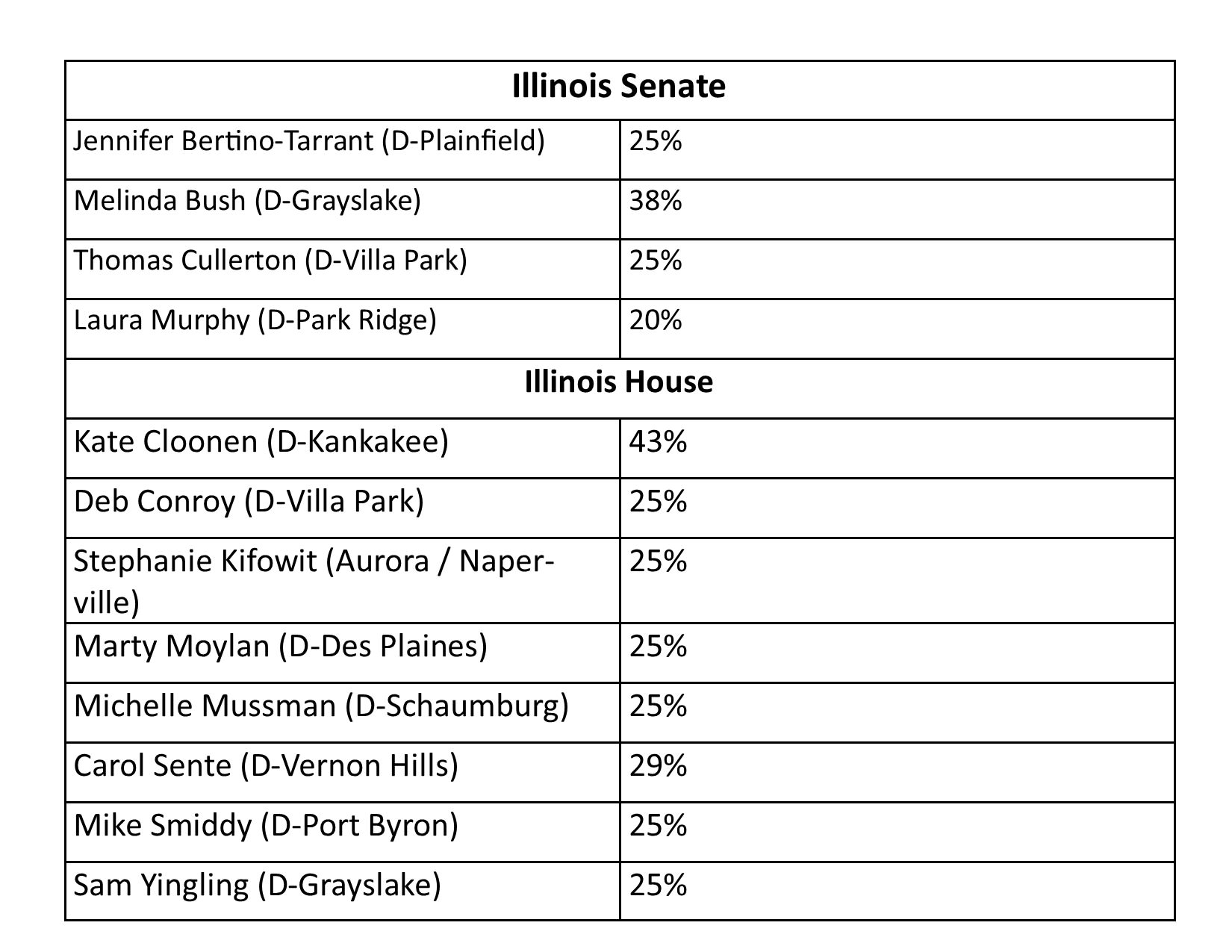 Illinois Democrats like Deb Conroy and Melinda Bush tell you they are working to create jobs. But, on the issues important to businesses, they are failing. You may not be able stop these politicians from filling your mailbox with glossy campaign mailers, but you can level the playing field by letting your elected representatives know you’re paying attention to the way they vote in Springfield.

Then, on November 8, make them pay attention to you.