Pop quiz: Which Democrat made the following statements?

People know that vast personal incomes come not only through the effort or ability or luck of those who receive them, but also because of the opportunities for advantage which Government itself contributes. Therefore, the duty rests upon the Government to restrict such incomes by very high taxes.

The movement toward progressive taxation of wealth and of income has accompanied the growing diversification and interrelation of effort which marks our industrial society. Wealth in the modern world does not come merely from individual effort; it results from a combination of individual effort and of the manifold uses to which the community puts that effort. The individual does not create the product of his industry with his own hands; he utilizes the many processes and forces of mass production to meet the demands of a national and international market.

If you guessed Barak Obama you could be forgiven. He talks a lot like this (who could forget his declaration that, “if you have a business, you didn’t build that…”). Bernie Sanders didn’t utter these precise words either, although he uses much the same language and offers the same themes. Hillary Clinton would be a good guess too, but these aren’t her (or more precisely Huma’s) words.

You’d also be wrong, understandably so, if you guessed Illinois House Speaker Mike Madigan, Senate President John Cullerton, or any of their minions in the Illinois General Assembly – including and especially Representative Lou Lang.

Any of them could have delivered this message – and in one form or another, all of them have, over and over again. It’s the Democrat message of 2016.

The correct answer, however, is Franklin D. Roosevelt. 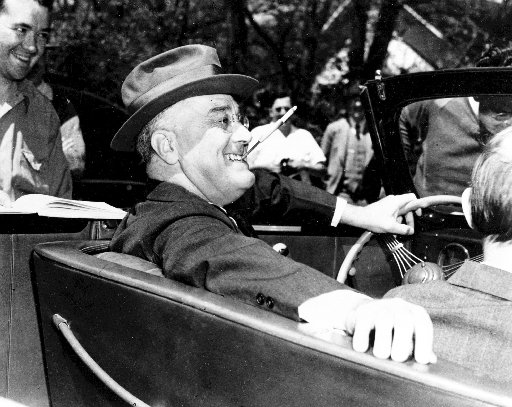 Roosevelt, of course, didn’t deliver these words at a Bernie Sanders rally or Hillary Clinton fundraiser. He delivered them in a Message to Congress urging them to move the nation from a flat tax to a graduated –or progressive – income tax on June 19, 1935.

That was 81 years ago – the year Babe Ruth played his last game. Democrats have recycled this idea ever since. They haven’t even come up with new talking points.

Clinging to old prescriptions for modern ailments is a recipe for continued decline. In fact, in Illinois, families and businesses are forced to flee because ruling class politicians are so strictly bound to the old “Chicago Way” of doing business.

That old “Way” has led to the highest unfunded pension liability in the nation, the lowest credit rating in the nation, and the highest unemployment in the Midwest. Those who run Chicago, a world class city plagued by political corruption, have failed in the two main functions of government: to provide for the public safety (Chicago has logged more murders per capita than New York and Los Angeles combined) and to provide a general education (only 16% of children in Chicago Public Schools will graduate college-ready).  Yet, they persist.

Instead of considering logical and proven reforms to reverse these problems, they recycle an 80-year old notion to raise taxes on the state’s already overburdened families and businesses. State Rep. Lou Lang has proposed a progressive tax increase claiming that this tax increase would affect only “the rich,” and that Illinois should follow the lead of other states that use a progressive-tax system. And what has happened in other states? Tax increases on “the rich” end up pounding the middle class for two reasons. First, there are not enough “rich” people to cover the cost of the Democrats’ largesse and mismanagement. Second, the rich—who are mobile—move their businesses, their investments and ultimately themselves out of state. The middle class then bears the pain of lost job creators and a weakening tax base.

Why not follow the lead of states that have implemented common-sense reforms, such as school choice, Medicaid reform, workers’ compensation and other labor reforms, and balanced budget reforms? States like our neighbors in Wisconsin, Michigan and Indiana. Did those states suffer massive job loss, the destruction of worker unions, deficits and inflation, floods and locusts as many Democrats predicted? No. Their economies improved. Their deficits were reduced. The median wage rose. Businesses – many seeking refuge from Illinois – located or expanded in those states. And, importantly, economic opportunity grew more rapidly than it had in years.

So, contact your Democrat Representative or State Senator and tell them it’s time to evolve. Tell them to say, ‘No’ to Representative Lang’s tired, old progressive tax proposal and consider some more modern reforms or they will wind up not only repeating history, but being on the wrong side of it as well.