Yesterday, the 100th Illinois General Assembly was inaugurated. During the ceremony, State Representatives elect the House Speaker, the most powerful position in state government. Families and businesses have been suffering for decades under Michael Madigan, the longest sitting Speaker of the House. This vote was a chance for state legislators to make an immediate change in the direction of Illinois. Instead, they voted to keep things the same and re-elected Michael Madigan as Illinois’ House Speaker for the 17th time. Essentially telling all of us they are completely satisfied with how the state is performing. 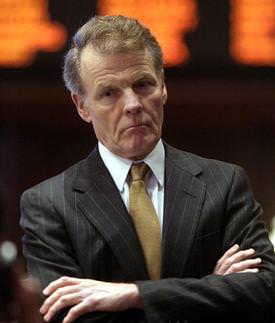 This vote is in direct contrast to what Illinois voters feel.

Voters want change. An October 2016 poll by the Paul Simon Public Policy Institute at Southern Illinois University found that only 4.4 percent of Illinoisans “strongly approve” of the job Madigan is doing (with an overall approval rating of only 26.2 percent).

On November 8th, Madigan lost his super-majority in the State House, a rejection by voters of his failed policy agenda. Yet, many of the politicians who claim to want change, who claim to be tired of business as usual politics voted for Speaker Madigan and with that more of the same. More debt. More unfunded social services. More unemployment. More taxes. More failing schools. More business as usual.

Representative Carol Sente (Libertyville), who claimed she has “the independence we need,” voted for Madigan. A man who has given her millions of dollars in campaign funding.

Representative Mike Halpin (Rock Island), who claimed he would work for a better quality of life for working families, voted for Madigan. The man under whom unemployment and property taxes have skyrocketed.

Representative Sam Yingling (Round Lake Beach), who promised to be “an independent voice in Springfield,” used his voice to elect the 40-year career politician.

Some of the legislators who support Madigan are long time serving politicians. Some are new faces. Some claimed independence. Some touted their long legislative careers but all of them were supported by the powerful, long standing Speaker of the House.