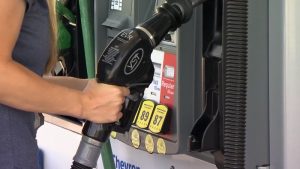 July will bring us more than just fireworks and freedom this year. July 1st signals higher taxes in Illinois and increased pressure on already burdened small businesses. As if the past few months were not enough to cause distress and financial panic for many Illinois families and small businesses, Governor Pritzker will take more of your hard-earned money.

When you go to fill up your gas tank before driving to that fireworks display, you may be disappointed to see that it costs more than usual. The gas tax increases again on July 1st, after being doubled last year, and it will continue to do so for the foreseeable future.

But hardship isn’t on the horizon for all employees. That is because on July 1, taxpayers will pay $261 million in automatic raises to state employees.

Other states have chosen to delay raises, cut across the board, or even use furloughs or layoffs to offset major losses. Yet, Illinois’ government is going the other direction.

While state employees use their extra money on fireworks and barbecues, over one million Illinoisans have filed for unemployment. Some out of work employees have yet to see any of the benefits they were promised by the state, were left on hold for hours, or have had their private information exposed due to an outdated, inefficient system.

Pritzker is already raising taxes left and right, unashamed of nickeling-and-diming every Illinoisan during a pandemic. Come November, he wants more of your money. He claims that his proposed graduated income tax is “fair” and will bring the relief that Illinois’ middle class has needed for years. He wants you to trust that he won’t raise taxes on the middle class, yet he has already raised taxes and costs on middle-class families and small businesses twice this year alone. You cannot trust him.

Governor Pritzker will tax Illinoisans as much as he can in an attempt to appease public sector unions and gaslight voters on how bad of a financial state we are truly in.

This July, Pritzker is taking more of your hard-earned money, and will continue to do so if the graduated income tax passes this November. And unfortunately, that is nothing to celebrate.