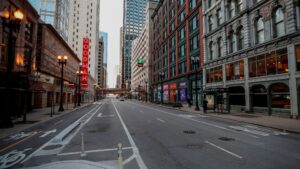 In another blow to Illinois’ economy, Caterpillar announced its moving its headquarters to Texas. This is just 6 weeks after Boeing announced its departure from the Land of Lincoln.

Senator Tammy Duckworth tweeted she was “shocked” by the announcement. As for anyone who has been observing the population decline and transfer of wealth away from Illinois, then it doesn’t come as such a shock.

In 2021, CEO magazine ranked Texas as the best state to do business in and Illinois as the third worst behind New York and California.

High taxes, increase in crime, and diminishing quality of life isn’t appealing to large corporations when taking their employees and profitability into account.

The other problem in doing business in Illinois? State government continues to double down on harmful, anti-growth policies. In the past four years, Illinoisans have seen 24 tax and fee hikes. Less than two years ago, the push for the Tax Hike Amendment would have raised taxes on working families and the over 110,000 small businesses in Illinois.

Illinois’ policies are forcing families to leave their homes and businesses to move their headquarters.

So what will you do? Will you flee or will you stay and fight?

Join us in the fight to save Illinois: