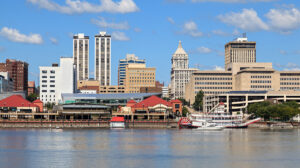 By this time, with the millions of dollars spent for and against, you have been inundated with advertising on Gov. Pritzker’s so-called “Fair Tax.” Pritzker himself put in $56 million of his own fortune into the “Vote Yes” campaign.

A lot of the conversation has been focused on the fact that Illinoisans cannot and do not trust Springfield politicians. Rightfully so. Speaker Mike Madigan, the longest-serving Speaker in American history, is at the center of a federal investigation alleging a bribery scheme with public utility giant ComEd. His already low credibility has been absolutely decimated.

In addition to serving as Speaker, he also controls four political committees that he is using to spend heavily on State Representative races. He uses this spending to gain members’ loyalty and maintain his power in the General Assembly.

Gov. Pritzker also has a laundry list of reasons not to be trusted, including an investigation into his alleged involvement in ripping the toilets out from his Gold Coast mansion to avoid hundreds of thousands in property taxes owed to Cook County. The main selling point of his Tax Hike campaign is that it will supposedly protect the middle-class and only raise taxes on the millionaires and billionaires., But he has already broken that promise and hit the middle-class with a doubling of the gas tax and a $50 increase in vehicle registration fees.

The fixed system of power in the political ruling class in Illinois goes far beyond these two gentlemen. The Tax Hike Amendment on the ballot has the power to affect future generations.

Within the next 5-10 years, whether these two men are still in power or not, the retirement you’ve spent the majority of your adult life working for, will be taxed by the state. The property taxes that you can barely afford right now will continue to rise. Your children will find better opportunities elsewhere once small businesses and large employers move to states with better business climates.

Before you know it, the town that you grew up in, started a family in, and helped grow will be no more. Just look at the city of Peoria. Once the home to Caterpillar, the IHSA Basketball State Finals, and many other businesses and cultural events, is now empty. More people have left Illinois in the past ten years than remain in Peoria. The current state of affairs in Illinois is already bad, and the passage of the Tax Hike Amendment could completely put the state out of business.

The Tax Hike Amendment would make businesses pay the 2nd highest tax rate in the nation. Between COVID and the already high taxes, it just simply won’t play. The latest September jobs report put Illinois in the bottom five states gaining jobs back. Jobs are leaving and they aren’t coming back.

The stakes on the ballot this November are bigger than these two men, this is about you and the future of your family in Illinois.