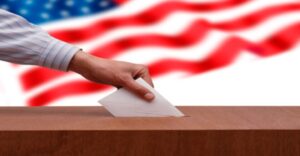 Yesterday, San Francisco citizens banded together and recalled their District Attorney, Chesa Boudin, for his failures to combat crime and keep their communities safe.

According to their website, San Franciscans for Public Safety supported the recall because in Boudin’s first year of office, “burglaries spiked by 49%, and 84% of charged perpetrators were back on the streets within two days.”

These concerned citizens couldn’t wait until the next election while crime got even worse and their neighborhoods deteriorated even further. They had to do something now.

Thanks to state law, California citizens have the power to recall state and local officers.

Despite efforts from State Representative Mark Batinick and Senator Jason Barickman, Illinois citizens do not have the power to recall any elected official except the governor. Even there, recalling the governor is nearly impossible because citizens need certification of the recall from members of both parties in each chamber. Consequently, we have a recall in name only.

Illinois’ current policies ignore calls to increase accountability and empower citizens. When Sen. Barickman and Rep. Batinick introduced their legislation to give citizens the right to recall elected officials who have broken the public’s trust, they were dismissed.

The General Assembly has refused to discuss this legislation even while multiple corrupt officials in the statehouse and Chicago City Council have been indicted or convicted this year.

After years of empty promises to reform ethics laws, it’s time to empower citizens and allow them to hire and fire politicians.

Contact your local officials and demand they end the culture of corruption in Illinois and give citizens the right to recall elected officials.

For more information on how to contact your elected official: visit here: https://www.illinoisopportunity.org/how-to-contact-your-local-officials/