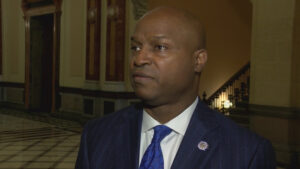 During an interview with the Chicago Sun-Times, Speaker Welch was asked if under his Speakership he would again trying to change the state’s tax system from a flat to a graduated system.

“I think at some point that it has to be revisited.”

Speaker Welch will never give up on raising your taxes. Voters overwhelmingly rejected sending more of their hard-earned dollars to politicians like Welch. For years, the leadership in Springfield saw no other vision of governance other than raising taxes. Welch is no different. His views on raising taxes are not in line with the reform voters demanded in 2020.