“That’s all the realm is now: backstabbing and scheming and ass-licking and money-grubbing.” – King Robert Baratheon, “Game of Thrones” 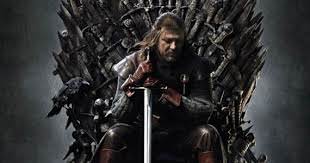 It is fun to watch the popular HBO show “Game of Thrones.” It is considerably less fun to live in a dressed up iteration of the feudalism of the Middle Ages.

If we are being honest with ourselves, the realm of Illinois is such a version with ruling families of shared interests replacing strict bloodlines.

It is a government-directed cartel economy where the rule of men has replaced the rule of law.

Normally in cartel economies the rule of law is undermined from the outside as was the case during the heyday of Columbia’s Medellín drug cartel made infamous by Pablo Escobar. The kingpin bribed government officials and murdered the competition while the state looked the other way.

In Illinois, Irish Chicago Democrats in elective offices have cut out the middlemen. Why wait for bribes? Undermine the rule of law from within. Be the kingpins you wish to finance you. And they are.

There is no need to kill off those trying to horn in on your action. Simply decree your competitors illicit under force of law.

What about buying state-sanctioned lottery tickets online? You can’t win if you don’t play.

What about gambling at a state-sanctioned casino? No problem.

What about patronizing a state-authorized video poker parlor? Please do.

How about making an exacta bet on the 3-7 horses in the fourth race at a state-subsidized racing track? Good luck to you.

Perhaps if DraftKings and FanDuel had sizeable brick and mortar businesses in downtown Chicago that could’ve retained a certain law firm of a certain House Speaker to abate their property taxes things might have been different.

Perhaps if DraftKings and FanDuel had retained Chicago Alderman Ed Burke to represent their interests, arrange to welcome them to Chicago properly with a city proclamation, and pin them with the green 14th Ward sigil, things might have been different.

Alas, the kingpins were not cut in, so DraftKings and FanDuel were cut out.

Or, to borrow from Escobar’s colorful lingo, they didn’t pay the silver, so they got the lead.

You see, the Land of Lincoln is the Land of Let It Ride so long as Illinois’ elected kingpins are collecting the vig.

But if you are not a member of one of the ruling families of shared interests, it does not make much sense to gamble on Illinois.

And so people leave. And they did again in record numbers again in 2015.

According to US Census Bureau estimates, Illinois net lost more than 22,000 residents between July 2014 and July 2015 (despite 156,000 births during the same period)—the most in the nation.

It turns out that Hoosiers, Cheeseheads and Volunteers are not nearly as frightening as the mystical monsters of the Middle Ages that lied in wait just beyond the horizon or the political cartels of shared interests that lie in wait on Election Day.

Those who are done working and those whose children have moved beyond high school have U-Hauled themselves to less medieval confines.

Simple policy reforms will not keep productive people from leaving.

No matter what property tax relief is provided, what worker’s compensation reform is enacted or whose pensions are restructured, people will continue to leave until the political cartels of shared interests are broken.

As for DraftKings and FanDuel, don’t even think about getting into the marijuana business in Illinois.