Just as the pressure on the Emanuel Administration grows – the result of rapidly compounding problems in the Chicago Public School System, a scandalous response to allegations of police misconduct, the collapse of social service agencies, and an exodus of families and businesses – the word came down from Washington, DC that the President would head to Springfield to address the General Assembly. 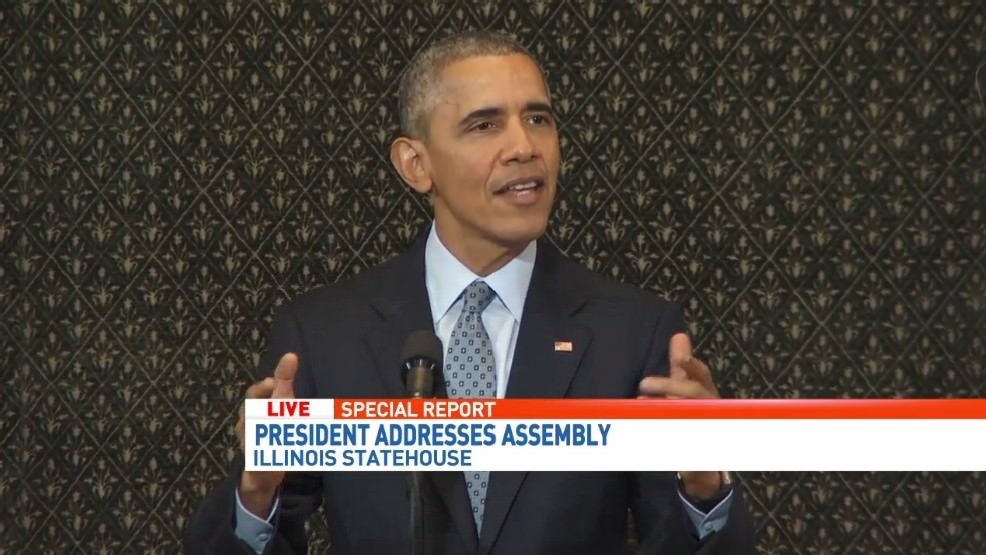 Coincidence? Not likely. No matter how they try to spin it, the disaster that continues to unfold in Chicago has its roots firmly planted in the corruption and incompetence of ruling class politicians. For decades, they ran the city and the state unchecked. The Chicago Machine needs to take the heat off. So, Rahm opened up his coveted black book and called in a diversion.

While we appreciate the President’s message of hope and his call for legislative redistricting, his speech failed to address the real problem. Ironically, his speech was emblematic of the real problem, which is this: Chicago’s crisis is the state’s crisis. And that crisis is so big that even the most acclaimed diplomat cannot distract us from it.  Rahm Emanuel and the Springfield Ruling Class think that you and your families and neighbors can be distracted long enough to get them through the next election. They have been telling you they are going to fix our failing systems for years. But under their leadership, the City of Chicago and State of Illinois has descended into ruin.

The fight has to be taken to the core of the problem. Under the leadership of Mike Madigan, John Cullerton and Rahm Emanuel we have seen debt rise, education fail, and business and families fleeing.

At the Illinois Opportunity Project, we remain laser-focused on the policies that will create opportunity and economic freedom for families and businesses. Join our Policy Revolution today. As President Obama once said, “Change will not come if we wait for some other person or some other time. We are the ones we’ve been waiting for. We are the change that we seek.” Let’s transform Illinois, together.