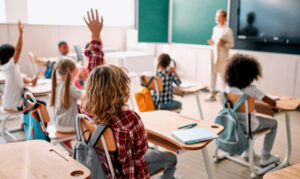 Despite vigorously campaigning against school choice in the past, Governor Pritzker appears to support tax credit scholarships that empower parents to send their children to a school that best suits their educational needs.

As we have seen in the past, what one politician says during campaign season versus how they actually legislate when the opportunity presents itself could be completely different. One of the most egregious flip-flops to date was the complete abandonment of an Independent Map-Making Commission by Governor Pritzker and several members of the Democratic Majority. Instead, last year, they opted for the same archaic and corrupt process by picking and choosing their voters behind closed doors.

Their empty promises for reform left voters with gerrymandered legislative districts for the next ten years.

Given that example, we know we can’t take Pritzker or any legislators at their word when they say they will support the tax credit scholarship program that is set to end in 2024.

Teachers unions that supported Pritzker in his reelection campaign are strongly opposed to this program and are advocating for it to end immediately. Parents and their children who are the deserved beneficiaries of this program were also in Springfield sharing their stories and urging legislators to make this program permanent.

These families need your support.

Join them in holding Governor Pritzker to his campaign promise and contact your State Representative and Senator urging them to make tax credit scholarships permanent to guarantee students have the best education possible.