“If you’re not winning the game, change the rules.” This is the modus operandi for almost every garden-variety school-yard bully who finds himself out-matched.

And it is precisely what is happening in Springfield on a larger scale. House Speaker Michael Madigan, in cooperation with the state’s most powerful public sector union, The American Federation of State, County and Municipal Employees (AFSCME), is working to strip the Governor of his bargaining powers as he negotiates a major government union contract on behalf of hardworking taxpayers.

In November, a majority of Illinoisans elected Governor Rauner to represent their families and businesses in Springfield. Therefore, he is the one who should negotiate with unions, not an unelected arbitrator. This bill, SB 1229, undermines Governor Rauner and limits our ability to keep the power of government unions, as well as the state legislators they fund, in check.

To date, AFSCME union bosses have refused to make any concessions to their proposed contract. They demand the state raise taxes in order to give government employees a 29% pay increase and a 37.5-hour workweek. The Governor has stood his ground throughout the negotiation, upholding his promise to protect taxpayers. For that, Illinois’ ruling class has decided he must be removed from the negotiation. Sound fair?

Families and businesses are fleeing Illinois for states with lower taxes and better opportunities. Those who stay are facing over $100 billion in unfunded pension obligations, the second highest property taxes in the nation, and the worst post-recession jobs recovery in the U.S. The people of Illinois cannot afford to – yet again – foot the bill for Mike Madigan’s political games. 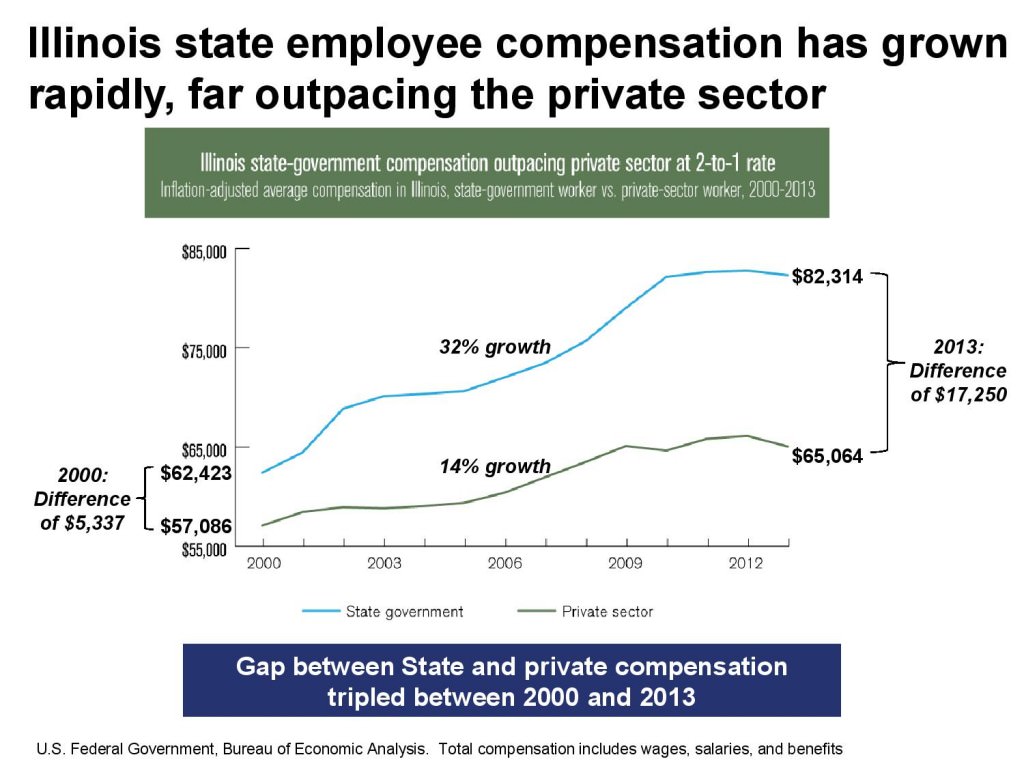 Legislators who vote to override the Governor’s veto diminish our representation in Springfield. Their vote restricts our ability to put checks and balances on government; and it further consolidates political power into the hands of Illinois’ ruling class politicians.

By changing the rules when they are losing the game, Democrats and government unions have avoided modernizing their policies, their practices and their party in order remain relevant and effective. For that, all of Illinois has suffered. Despite Speaker Madigan’s best efforts, however, we are moving in a different direction. Help Governor Rauner do the job we sent him to Springfield to do: make Speaker Madigan and powerful special interests play by the rules. Visit our Take Action page to tell your state representative you want Governor Rauner’s veto of SB 1229 to stand.