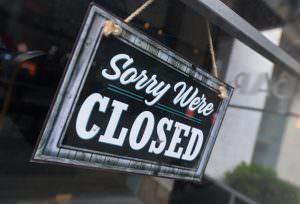 Gov. Pritzker has also adopted the phrase for his political purposes as he doubles down on his ill-advised tax hike campaign. When asked about removing the graduated income tax from the ballot, Pritzker responded, “I would argue, in a way that we may need it now more than ever.”

Despite the 750,000 unemployment claims filed in Illinois and the “closed” signs you see on your favorite local businesses, Gov. Pritzker still thinks it’s a good idea to raise taxes on the state’s number one job creators. As Jared Carl, President of the Illinois Business Alliance said, “Now more than ever people need jobs.” And they won’t have jobs to go back to if small businesses are taxed out of existence.

COVID-19 is having devastating financial consequences all over the world. In Illinois, the economic outlook is going from bad to worse.

Pre-dating this pandemic, Gov. Pritzker was pushing for a tax hike, even though Illinois already had one of the highest overall state and local tax burdens in the country, including the second-highest property taxes in the nation.

Pre-pandemic, Illinois had $241 billion in pension debt, government services were being crowded out to cover pension costs that swallowed up almost one-third of the state’s budget, and Illinois lost population for the 6th year in a row, losing more residents than any other state in the past decade.

The graduated income tax hike doesn’t solve Illinois’ underlying fiscal challenges and will compound the new crisis we face due to COVID-19.