The implementation of Obamacare perfectly illustrates the importance of civic engagement and policy advocacy. Like most large government programs, the sweeping healthcare bill has had numerous side-effects. For example, the legislation led to a reduction in full time workers, as employers cut hours to avoid the mandate to provide health insurance to anyone working over 30 hours a week.

Additionally, the statute added layers of bureaucracy to Medicaid programs, which were already a significant source of waste, fraud and abuse. For example, an audit of the Medicaid rolls by a private company, Maximus, revealed that over 200,000 ineligible people were receiving Medicaid benefits in Illinois.

In fact, Obamacare implementation in the state created so much confusion that Illinois managed to hire a known terrorist as a program Navigator without realizing it, which was discussed in a blog by Pat Hughes of The Illinois Opportunity Project.

To be sure, the past eight years have seen a rise in thoughtful, concerned citizens, political thought leaders, and policy experts willing to sacrifice their time to oppose big government policies.  Yet, those who defend the status quo still attempt to sell the snake oil that is Obamacare.

Governor Quinn recently declared that Obamacare has been a success in Illinois. He based this statement on the fact that the state’s health insurance exchange, Get Covered Illinois, had enrolled over 400,000 people since the program was launched. Naomi Bauman-Lopez, of the Illinois Policy Institute, fired back in a letter to the Chicago Tribune. Bauman-Lopez contended that “sign-ups,” based largely on people being shuffled around in the Medicaid system, do not mean the program has achieved its stated goals, saying, “A Medicaid card is not the same thing as accessible health care.” 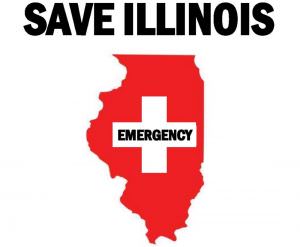 Government simply cannot provide what a free market and strong economy can. Yet, those who oppose this idea never rest, even as big government programs struggle under their own weight.  For this reason, it is imperative that we never rest. We must not only advocate against policies that attempt to centralize government, but advance arguments for the free market alternatives to those policies.

Free market policies, such as school choice, right to work and defined contribution retirement programs, are working in other states – including Indiana, Wisconsin, Oklahoma, Rhode Island and Texas. Their success is evidence of the momentum of free market solutions. With the right leadership, these solutions could work in Illinois.

Today, Illinoisans are at a high risk and in serious pain, suffering under years of bad, big government policy. However, it is within our power to remedy the critical condition of our state through advocacy for reform-focused, liberty minded candidates at the ballot box on November 4th (Early voting begins October 20th, and runs through November 2).

For more information on grassroots advocacy and Obamacare, Danielle recommends:

mycancellation.com – an online community for those who have lost their health insurance to Obamacare

Bellar Video “Obamacare Summed Up in One Sentence.” Doctor running for Illinois Senate Diagnoses Obamacare in one sentence.