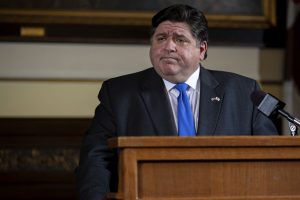 The term leadership has been thrown around a lot lately. The COVID-19 pandemic has tested the skills of those in power from coast to coast. From Governors to county board members, we turn to them for guidance through this unprecedented time.

A true leader, maybe we should all take a step and figure out what that really means. The Harvard Business Review says that good leaders need to demonstrate expertise and judgment. “People are more likely to trust you if they believe you have technical know-how and the experience to make good decisions.” Is that happening in Illinois?

Let’s take a look at the track record of judgment from Governor J.B. Pritzker in the last three months as the pandemic took hold of Illinois. As he took the step to shut down businesses to stop the spread, he clearly failed to anticipate over one million people filing for unemployment. The broken system that was installed by Democrats was ignored by Democrats at its most crucial moment. He wouldn’t even acknowledge the problem that left thousands waiting in the dark to get money to survive. As a “businessman”, Pritzker should have seen this coming, but his expertise lacked and his judgment was poor.

Stay-at-home. It’s not safe! That was the Executive Order that applied to all citizens of Illinois. Except, the citizens of his family who spent time in Florida and now in Wisconsin while everyone else went stir crazy as winter lingered into April. Remember that snow? Florida sounded pretty nice at that time! If your family isn’t staying at home, why should we? Talking out of both sides of your mouth is poor judgment.

As folks across the Land of Lincoln pleaded to reopen, particularly in downstate Illinois where the pandemic numbers are vastly different than the Chicagoland area, he threatened to send business owners to jail for a Class A misdemeanor if they defied him. Then turned around and said he was disappointed in lawmakers for not coming to his defense after he already walked back the threat. Let’s remember though just a month earlier, word surfaced that Pritzker commuted seven prisoners convicted of murder to not place a “burden upon our prison system.”

To recap, the friendly shoe store owner in Rockford should go to jail for making a living but people who take lives get to go free. Make sense to you? As a “businessman”, Pritzker should have understood this awful parallel but his judgment was poor.

Governor Pritzker spent $17 million dollars in taxpayer money on millions of masks the CDC said were “an unacceptable alternative to the United States approved N95 masks.” Missouri pulled them. Illinois wasted them. That’s your money. Impulse buying happens. You know this because while you’ve been at home, you’re staring at that Amazon cart asking yourself “should I do it?” But you don’t because you want to be sure. Pritzker spent $17 million of your money because he didn’t slow down. He didn’t research before pulling the trigger. As a “businessman”, Pritzker used a combination of poor judgment and no one else’s expertise in decision making.

All of these events happened since the pandemic unfolded. This isn’t a grade over the course of 18 months in office, this is a grade of his choices within the last 18 weeks. As Illinois fails, it’s not because of its citizens trying desperately to make ends meet. It’s not because parents who are working from home while schooling their kids haven’t tried hard enough. It’s not because of small business owners that just want to find a way to get back to work safely. It’s because of the man and the party in charge. Is this the type of leader you want to give more power and be in charge of more of your hard-earned money? His Progressive Tax shows a lack of expertise on how to navigate Illinois’ troubled financial waters and it lacks clear judgment on how to provide tax relief for families. He’s no businessman, he’s a con-man.

J.B. Pritzker is no leader. He’s a failure.