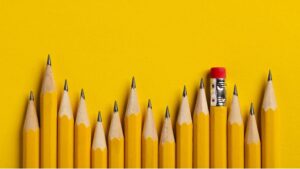 Last week, Gov. Pritzker announced his $7 billion plan to get kids back in school. Pritzker says the direct payments are intended to help schools catch up on the academic and social costs of remote learning. There are students in Illinois who have not set foot in a classroom in over a year.

As Gov. Pritzker lays out his “lofty” plan to get kids back in school, he is simultaneously supporting policies that will do the exact opposite and hoping you won’t notice.

He recently signed legislation that gives the Chicago Teachers Union even MORE reasons to strike.

The Chicago Teachers Union has come up with every excuse in the book not to return to the classroom this school year. The union also forced kids to miss 11 days of instruction in the fall before the COVID-19 pandemic hit while they were on strike. Chicago Public school families are unfairly dragged into the politics of it all. Gov. Pritzker didn’t take the side of the families, he rewarded the teachers union.

To make matters worse, Pritzker’s budget proposal strips away the incentive to contribute to the state’s tax credit scholarship program that allows low-income families to go to a school of their choice.

The scholarship program was passed in 2017 with bipartisan support despite immense opposition from the teachers unions.

The tax credit scholarship program lifts students out of their failing school district and gives them the opportunity to thrive in an environment that better suits their educational needs. Donors to the scholarship fund receive a 75% income tax credit. Pritzker proposed cutting the credit from 75% to 40%. Taking away the incentive to donate to the fund, limiting the program for the families that need it most.

Private schools across the state have been open for in-person instruction. St. Mary Star of the Sea has been open five days a week despite being in one of the most hard hit zip codes for COVID cases in Chicago.

The Teachers at St. Mary’s said in-person learning has paid off, and standardized test scores have increased this year. While students in other school districts are falling behind, threatening their futures because they may never catch up, these kids continue to grow.

Gutting this program means fewer children will have this opportunity.

Abundant data has shown the low-risk of classroom transmission of COVID-19. A January study from the American Academy of Pediatrics examined 11 school districts in North Carolina that implemented mask and social distancing precautions. They found zero instances of child-to-adult transmission. Out of 90,000 students and staff, 773 contracted the virus over 9 weeks. Of those cases, only 32 (0.04%) occurred in classrooms.

Instead of listening to the science, Gov. Pritzker put the teachers unions first.

Pritzker’s not concerned about getting kids back in school. If he were, he would’ve ordered schools to at least reopen even part-time like Gov. Kate Brown (D-Oregon) or Gov. Jay Inslee (D-Washington). If he cared at all, he could have helped children in desperate need of in-person learning to have access to it.

Instead, he placated the unions. He may say he’s not thinking about reelection right now, but his actions prove otherwise.