On Monday, Governor Rauner took a courageous step in protecting state workers by making it illegal for unions to require “Fair Share” fees from state workers who opt out of union membership. It was a bold and decisive move in a state government that is heavily influenced by public sector unions.

“Fair Share” union dues are mandatory fees that non-union workers must pay a union if they choose not to join.  A critical feature of our First Amendment Right to the Freedom of Expression is that people are allowed to choose for themselves the ideas they advance and the organizations they support with their hard-earned money. Government employees shouldn’t be denied this right, simply because they’ve chosen a career in public education, or in a local police or fire department.

Yet, until this week, our teachers, police officers and fire-fighters were without a voice in decisions about political contributions being made with their money. Government unions in Illinois are powerful because of the enormous donations they make to political campaigns. The Illinois Policy Institute reports that since 2002, Illinois’ five major government unions have spent more than $46 million on direct political contributions alone.

The moral promise of our nation is the protection of life and liberty, so that we may pursue our own interests. Forcing state workers to turnover a portion of their hard-earned money to promote union interests violates that promise. 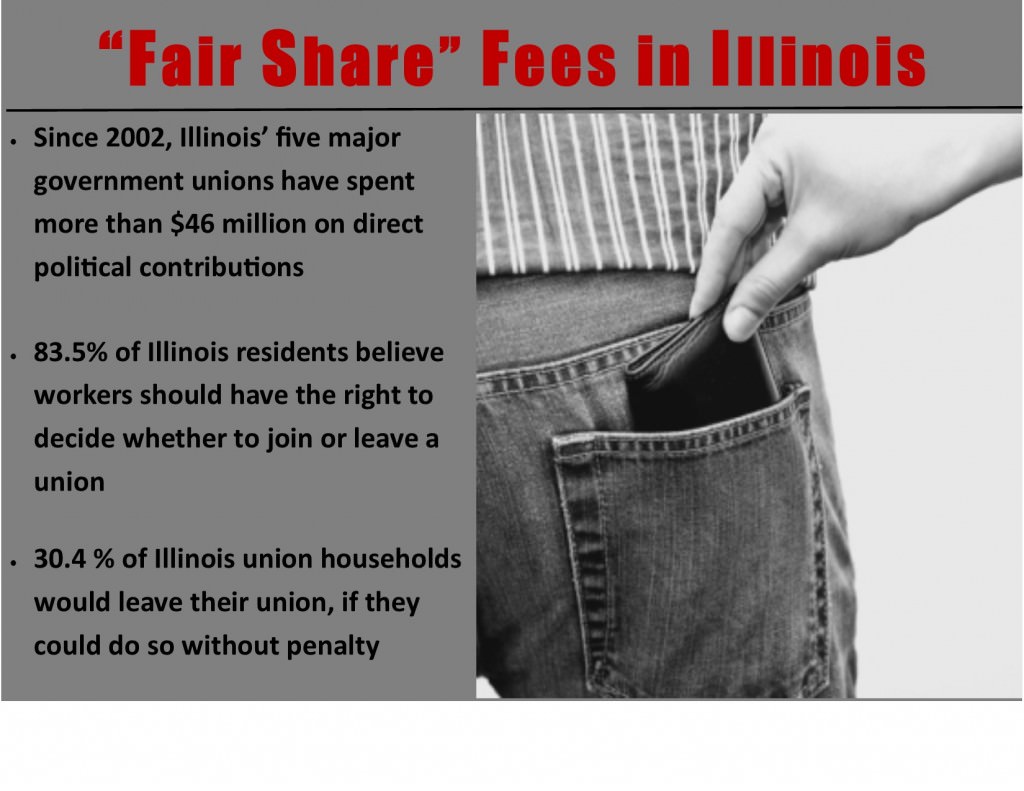 The desire for freedom is as strong today as when this nation was founded. A recent poll commissioned by the Nevada Policy Research Institute found that 83.5 percent of Illinois residents believe workers should have the right to decide whether to join or leave a union. The same poll also revealed that 30.4 percent of Illinois union households, and 33 percent of union households nationwide, would leave their union if they could do so without penalty.

This is significant. At least one-third of union members in Illinois are being forced to fund an organization that they do not agree with; and are likely contributing to political candidates with whom they may have profound ideological disagreements. This practice is antithetical to the hope for a government that is truly representative of the people it serves.

Robert F. Kennedy, in his famous Day of Affirmation Address, said that the first and most critical element of individual liberty is “the right to express and communicate ideas.” It is a moral imperative that Illinois ends the practice of forcing state workers to give money to an organization they didn’t choose, and may even oppose.

At the Illinois Opportunity Project, we applaud the Governor’s decision to protect one of the most basic rights of our state workers. We are working with him to advance the policies and ideas that allow people to pursue their own ends, respect private property rights, limit government, encourage competition and industry, celebrate achievement, and create individual opportunity. Join our Policy Revolution and help us protect worker freedom by donating $25, $50, or $100 today.