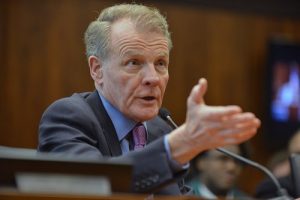 Last election cycle Speaker Madigan gave over $21 million to State Representative candidates. After the election, despite corruption and sexual harassment scandals swirling around his office, these candidates returned the favor and loyally voted Madigan in as Speaker.

Last week, Speaker Madigan was implicated in a bribery scandal with ComEd after the company admitted it provided jobs and contracts to Speaker Madigan’s allies in exchange for rate hikes and favorable regulations.

Yet, Democrat candidates refuse to return the tainted money or pledge not to take any more.