The political left will say anything to deconstruct reality and advance their agenda. While political insiders sometimes dismiss this tactic as little more than a marketing ploy, in truth, their repeated efforts at misdirection are as effective as they are destructive.

Take, for example, the left’s rebranding of tax increases as “revenue.” Most people are familiar with revenue as it is commonly defined: income generated from the sale of goods or services, or any other use of capital or assets. They likewise understand that “taxation” is defined as charges governments impose on citizens to finance (too often unnecessary) expenditures. Two entirely different concepts.

But, in today’s political environment that difference is conflated by the left in an attempt to sell the electorate on the idea that it is actually fiscally responsible to increase taxes, often with no metrics for accountability in place. Thus, they feign fiscal responsibility by simply saying, “We need more revenue.”

Examples of this deception are manifest. In the name of “raising revenue,” Illinois Democrats have sold state workers on tax increases as a solution to saving a retirement system so out-of-balance that it can never be adequately funded. They have sold the parents of children uneducated by the Chicago Public School (CPS) system on the idea that a lack of money is the problem, despite the fact that spending on CPS has consistently increased, with no improvement in results. As we speak, Democrat House Speaker Mike Madigan is working to sell low- and middle-income families on a tax increase to maintain state services, despite the fact that even the largest tax increase in state history couldn’t prevent the deterioration of those same government services or slow the growth of the state’s debt obligations. And, just two weeks ago, the Cook County Board, led by President Toni Preckwinkle, voted to raise Cook County’s sales tax rate under the guise of raising revenue. This tax increase makes Chicago’s combined sales tax rate (state, county, city) the highest in the nation. The increase hurts Chicago’s low- and middle-income families the most, as the cost of general merchandise will now increase all at once. 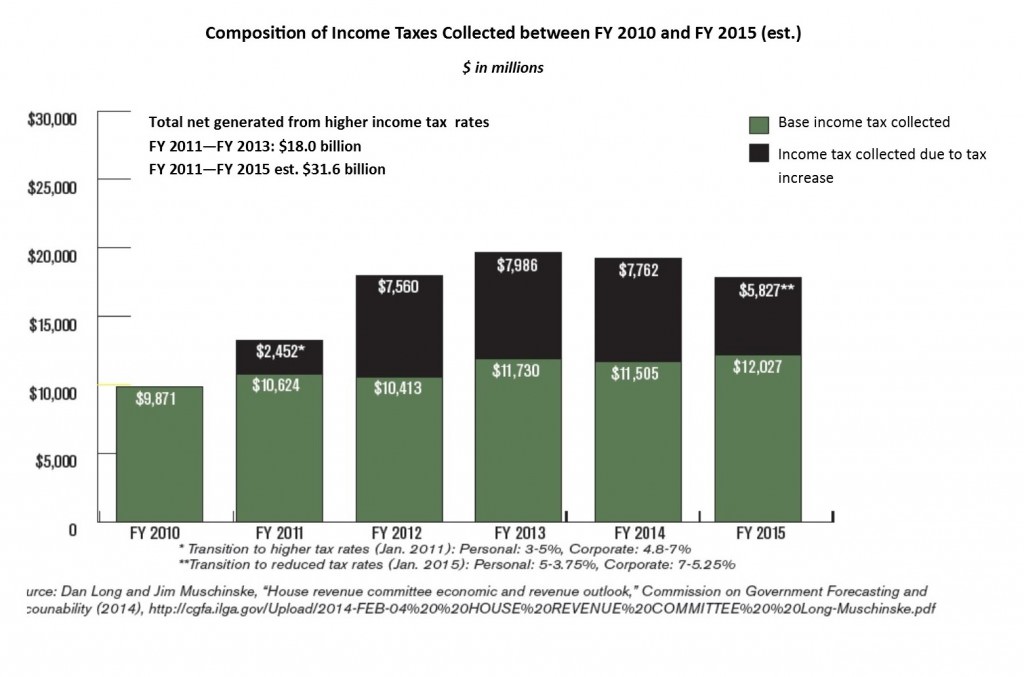 Yet, Illinois’ ruling class remains unmoved. Chicago Mayor Rahm Emanuel has proposed a tax on Internet cloud services such as Netflix, in addition to warning that increased property taxes are his solution for rescuing both the city and the Chicago Public Schools from their financial woes. Madigan renewed his push for a Millionaires Tax this year. Not to be out-done, Chicago Teachers’ Union leader Karen Lewis has said that the best way to continue funding the city’s inefficiencies would be a commuter tax and a financial transaction tax.

The language we use in our collective discourse plays an enormous role in shaping the public’s perceptions and understanding of critical issues, including taxation. Unfortunately, those of us on the right have allowed the left’s insidious misdirection on “revenue” to go largely unchallenged for far too long. We have been unwilling to fully understand that their attempts at redefinition amount to psychological warfare. And they won’t stop until we launch a counter-attack; until we demand accuracy in political debate and discussion; and until we convince enough battered and bruised citizens to help define the terms on which we will build a more secure and prosperous future for the State of Illinois.

We must succeed. Otherwise, opponents of liberty based reforms on the left will continue to prosper politically at everyone’s expense by redefining critical issues instead of resolving them.