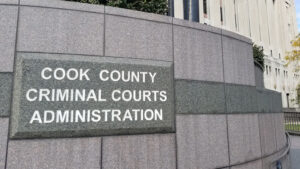 In politics, it is often difficult to find common ground. Now, this ideological divide has invaded policy conversations on issues that were once seen as no-brainers.

We are seeing this ideological battle play out in Springfield around public safety.

On the one hand is the debate over the ‘SAFE-T’ Act which would curtail law enforcement’s ability to detain violent criminals. The controversial cash bail provision included in this bill has been halted by the Supreme Court.

On the other hand is the “Protect Illinois Communities Act” that will “ban the future sale of nearly 100 different semi-automatic rifles, shotguns and pistols and require current owners to register them with Illinois State Police.”

Some of the loudest voices supporting the ‘Protect Illinois Communities’ are the same people who championed policies like the elimination of cash bail that put community safety at risk.

It is almost impossible to come up with an overarching law that would prevent every act of violent crime from being committed in our communities. But, it shouldn’t be hard to be ideologically consistent. If your goal is ensuring community safety, why would you want violent criminals released?

Whether it’s in the northern suburbs or in the communities on the south and west sides of Chicago, everyone deserves the right to feel safe in their own neighborhoods. And there are some policies that we can constitutionally enforce to fight crime.

That starts with holding repeat criminals behind bars while awaiting their trial. There is no better argument for this cause than the outrageous violence and tragedy that takes place in Cook County every year since they have reformed their bond system.

According to CWB Chicago, in 2022, there were 53 people accused of ‘killing or shooting—or trying to kill or shoot—someone in Chicago while awaiting trial for a felony.’ (CWB admits this number is undoubtedly much higher).

Since they started tracking this number in 2019 after Cook County Chief Judge Timothy Evans publicly stated, “we haven’t had any horrible incidents occur” under the court’s bond reform initiative, there have been 269 victims of these alleged perpetrators who should’ve been behind bars.

Behind a lot of these cases is the possession of ILLEGAL guns and lenient punishments.

For example, a seven-time convicted felon who was on electronic monitoring for a Class X felony gun case was charged with trying to shoot and kill his girlfriend’s father. This reckless felon that has been in and out of prison since 2000 was allowed to walk the streets and cause harm to another innocent human being under the guidelines of the Cook County judicial system.

This is not the path for safe and thriving communities in Illinois. The supporters behind the ‘Protect Illinois Communities Act’ sidestep this major problem which is now trending in progressive criminal justice reform policies.

If we want to get serious on violent crime and actually protect our communities, then we need an empowered judicial system that stands up for families and victims and keeps guns out of the hands of violent criminals and puts them behind bars where they belong.