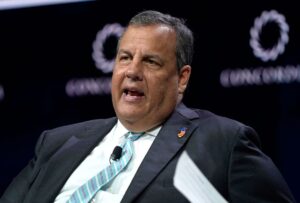 Former New Jersey Gov. Chris Christie said that Illinois is not a “top-tier” state for national Republicans last week, as reported by the Chicago Tribune.

Illinoisans pay some of the highest taxes in the nation. Nearly 700 people have been murdered in Chicago as the city is on pace for its deadliest year in a quarter-century. Only 26% of kids performed at grade level in Math and only 31% in English in Illinois’ schools. Wirepoints reports that each Illinois household is on the hook for $110,000 in crushing government-worker retirement debts.

To see that these policies aren’t sustainable, one just has to look at the thousands of families fleeing from Illinois.

Contrary to Christie’s understanding, Illinois is ripe for change. In fact, the change has already started; it just hasn’t bubbled up enough for national political prognosticators to notice.

In 2020, Governor Pritzker championed a graduated income tax that would “tax the rich” while cutting taxes on the middle class.

Voters saw through the farce and the tens of millions of dollars of TV ads from Governor Pritzker and rejected the tax in stunning fashion. In an election cycle where President Trump lost Illinois by 17%, voters rejected Governor Pritzker’s tax hike by 6.5%.

That voters are willing to discern between local and national issues should cause Gov. Pritzker concern. In 2018, Governor Pritzker spent a hundred million dollars defining his opponent as tied to then-President Donald Trump and still only mustered 54.5% of the vote.

Things have continued downhill for Pritzker since then. A poll from earlier this month showed Governor Pritzker with a 50% approval number and leading a generic Republican by 8%.

These weak numbers come despite the Governor spending $7 million last quarter to shore up his support.

The next step will come in less than a year when voters will have an up or down vote on Gov. Pritzker personally.

As we spelled out last week, the Virginia and New Jersey election results earlier this month show a clear path to victory for Illinois Republicans in 2022.

It will require strong candidates offering solutions to the local issues families care about, like jobs, taxes, crime, and education. Governor Pritzker can’t win on these issues no matter how much he spends because he doesn’t have solutions.

Under Governor Pritzker and supermajority Democrat leadership, Illinois families are hurting, and the government is failing.

Though Gov. Pritzker doesn’t recognize that 2022 will be a year of change in Illinois, many national organizations already do.

Top targets include Congresswoman Lauren Underwood, who barely won reelection last cycle by less than 6,000 votes and has been plagued by allegations that she lied about her nursing background.

The second target is the newly drawn 6th District, where Congressman Sean Casten and Congresswoman Marie Newman in a district Leslie Munger won as Comptroller by 9% in 2016.

Also likely to flip is Northwestern Illinois’ 17th District, where Congresswoman Cheri Bustos is retiring. Republican Esther Joy King is coming off an impressive race last cycle when she barely lost to Bustos by 4% in 2020.

Beyond the NRCC’s initial target list, Congressman Bill Foster will be a top target in his race for the new 11th District, which Gov. Pritzker barely won with 2% of the vote in 2018 at the height of Democrats’ popularity.

All told, 20% of Illinois’ Congressional delegation will be top targets in 2022.

Christie may be right that Illinois is “not a top-tier state in terms of where Republicans are targeting money,” but that is likely to change.

National money flows to competitive races. It doesn’t create them.

If Republican candidates run competent, professional campaigns and offer real solutions that keep taxes low, communities safe, and the cost of everyday goods down, the money will follow.

Further, Illinois’ Republicans have shown they can raise the initial funds necessary to compete and put themselves in a position to benefit from late national money. Republican Esther Joy King has already raised $1 million. The Illinois Republican Party set fundraising records last quarter and outraised their Democratic counterparts.

In the gubernatorial race, Pritzker, the billionaire heir of one of the wealthiest families in America, has shown that money is no obstacle as he looks to run for reelection as a stepping stone to President in 2024.

But even on the money front, Republicans have demonstrated the ability to hold their own. The four current Republican candidates have raised a combined $15 million.

And Governor Pritzker’s repeated personal attacks on Illinois’ richest resident have led Ken Griffin to say he is “all-in” on defeating Pritzker.

A year out from the election, Illinois Republicans enjoy a favorable political climate, have a policy agenda that offers the real solutions voters deserve, and boast fundraising strengths of their own.

In his remarks, former Gov. Christie conceded, “I think there could be Republican gains here.”

The facts on the ground suggest there will.