For 502 days, the politicians in Springfield have put their interests ahead of the needs of our families and businesses. Last week, they left Springfield without passing a balanced budget. For this, the Illinois General Assembly will be criticized as being a “Do-Nothing” legislature, but it’s not the real story.

In reality, we have seen dramatic efforts out of Springfield this session. It’s just that those efforts have focused on protecting political power, instead of on addressing the needs of Illinoisans.

Why? Because Democrats, led by House Speaker Madigan, are protecting a political machine that was carefully constructed by ruling class politicos and the special interests who compete for control of taxpayer money. The machine operates mainly by handing out favors and financing the lifestyles of the friends and insiders who keep them in their positions of power. Democrats are more beholden to public sector unions and trial lawyers than we can imagine. 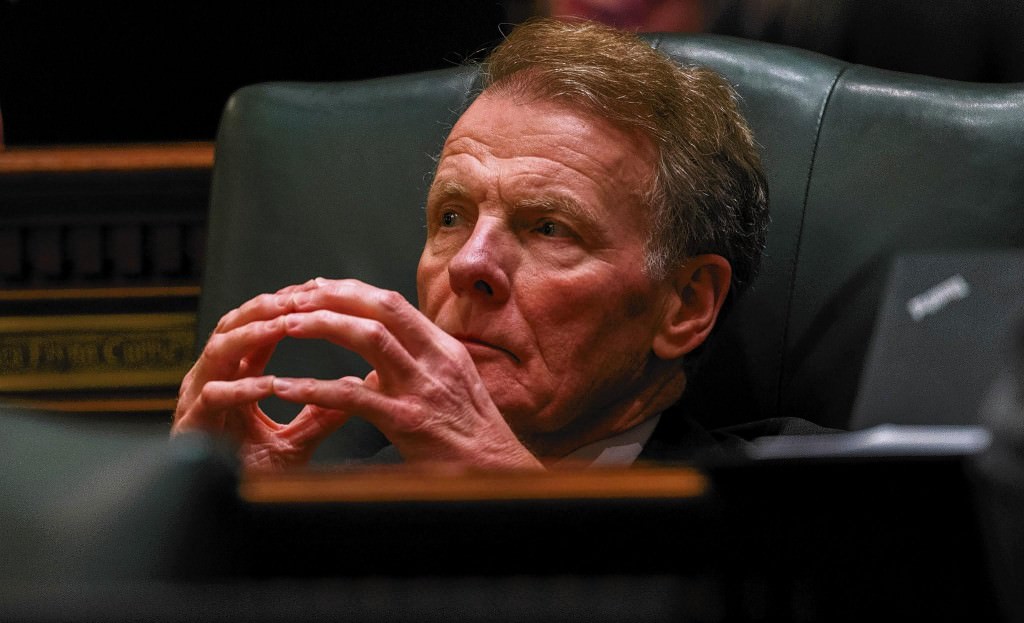 For that reason, Democrats have gone to war on all fronts – legislative, political, in the media – to ensure the survival of the institutions and means of government that they have spent the past 35 years establishing and protecting.

Instead of figuring out a way to pass a responsible balanced budget, they put their effort into protecting their power:

It doesn’t matter to Mike Madigan that families are being taxed out of their homes, or that Illinois has the highest unemployment rate in the nation. Under his direction, his super-veto-proof-majority spent five months ignoring these problems, passing wildly unbalanced budgets and refusing to address the need for reform. Every one of us is suffering for it.

Let’s be clear: There is no argument over the need for a responsible budget that will strengthen our economy versus an impasse that shuts down social service agencies. But there is only one way to guarantee that those agencies have the resources they need for decades to come; that families can thrive; that business and opportunity can grow in Illinois. And it is not surrendering to the will of Speaker Madigan. Appeasing the Speaker and his caucus may give us a budget, but it leaves us no choice between solvency and bankruptcy. If we continue to retreat from their class warfare and capitulate to their extreme policies, what will they ask next?

Illinoisans are hurting. The state needs large-scale reform. We need a system of government that is open, transparent and obligated only to the people of the State of Illinois.

Now is not the time to play political games. Now is the time for us to summon the courage to let Mike Madigan and House Democrats know that there is a line over which they will not drag us. Now is the time to replace these kept politicians with independent thinkers who will work for families and businesses, instead of union bosses and trial lawyers.

We invite you to join us in the effort to realize our vision of a state in which freedom, opportunity and prosperity can flourish.

Watch Matthew Besler’s monologue on “Why Madigan’s Democrats Do What They Do” on Upstream Ideas’ website.