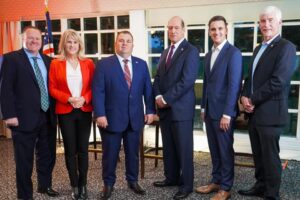 The Safe-T Act will be in full effect on January 1, 2023. What does it mean for Illinoisans?

I learned that during the lame-duck session of the General Assembly, on the last day of the legislative session, at 3 o’clock in the morning a 750-page bill was dropped on the IL Senate. It was passed in the Senate and then in the House. On Monday, February 22, 2021, Governor Pritzker signed HB 3653 SFA2: the SAFE-T (Safety, Accountability, Fairness and Equity – Today) Act into law.

What will this Act do? Simply saying, it will eliminate cash bail without offsetting mitigations to keep crime victims and the public safe, except in limited circumstances. Many crimes are going to be qualified as non-detainable offenses and people will be released from custody. The only standard that the court is going to use is that a person can be released if he or she is not a flight risk, which means a person who is likely to leave the country before a trial or bail hearing. A court will not use this person’s background in making its decision.

This act is also going to affect the Illinois citizens financially. As Greg Hart noted, “As taxpayers, not only should we be concerned about our public safety, but we should also be concerned about our pocketbook. Because already this act is going to be costing the taxpayers of DuPage County over 60 million dollars over the next 10 years, and it hasn’t been implemented yet.”

Sheriff Mendrick brought his perspective on this matter. Almost 1 million people live in DuPage County. It has 36 municipalities. The detainees from these municipalities are brought to the DuPage County correctional facility. It’s not punitive; this entity is to correct behavior. About 80% of people who come through the doors of that facility are on various substances, including people who are self-medicating. The DuPage County correctional facility is doing a full drug recovery and detoxification, and it takes about 30 days to do the detox portion. They also provide people with various trainings and help them find jobs.
(You can read about it here: https://patch.com/illinois/across-il/exclusive-interview-sheriff-mendrick)

“The problem is, with no cash bail the alternative is that I have to build an extra big courthouse, I have to staff it now every weekend and holiday, which is over 110 more days of all overtime,” said Sheriff Mendrick. “That’s going to be a taxpayer burden. Can’t even hold a person on Christmas… and instead of doing all those services that I just have described I am going to put them back on the streets high. And that terrifies me because we have been so successful.”

Another issue with the SAFE-T Act is that it says that if a person commits a Class B or C misdemeanor, officers shall issue a citation and can’t detain that individual. So, if someone trespasses in your house and you want them to be removed, an officer will not be able to arrest them or force them to leave.

Another issue with this Act is that it removes the “threat-to-the-community” standard, rendering many crimes virtually non-detainable. Prosecutors will have to present “clear and convincing” evidence to deny the suspect pretrial release, such as proof that the suspect committed the crime and poses a threat to the physical safety of a “specific, identifiable” person. Currently, the Illinois law says that if a person is a threat to a person or persons, that includes a threat to the community. However, that was removed through the Safe-T Act.

For example, if somebody commits a carjacking and they don’t know the victim and don’t tell the victim that they will get out and come after them, they just steal a car at gunpoint – how are the prosecutors going to present “clear and convincing” evidence that the criminal poses a threat to that specific person once that criminal is released?

Also, what about the social impact on the community?

It also creates a class of dangerous crimes that are non-detainable and increases the overall risk to the public. However, there is also something else that might upset you in the Safe-T Act.

“One million dollars a year in cash bail money goes to victims to pay them for restitution. And there is no replacement for that money,” said DuPage State’s Attorney Bob Berlin. “So, unfortunately once again the victims of crime in this state and in this county are going to suffer because of that. The biggest impact we are going to see is violent criminals are going to be released instead of being held pretrial. And there is no way around it, and there is no denying it because it’s written into the law.”

One hundred out of one hundred two state attorneys are opposed to this law. Out of that 100, there are 77 Republicans and 23 Democrats. Their opposition to this law is nonpartisan because they care about public safety. Why? Because this law takes discretion away from judges.

They will not be able to do that in Illinois.

Robbery, burglary, threatening a public official, hate crimes, arson, – people charged with all these crimes are not going to be detained. They are going to be released. The bottom line is that thousands of alleged criminals will likely be released on January 1, 2023.

Currently, it takes judges just minutes to hear information that is available about defendants, depending on the case. “With the Safe-T Act, these hearings are going to be taking several hours to even longer,” said the 18th Circuit Court Judge Michael Reidy. “So, we are talking about a strain on resources and a strain on our ability to be able to hear other kinds of cases and other cases that are before us.”

Judge Reidy also spoke about the amount of proof and discussed what’s going to be necessary to be able to detain these people. Also, because this law is so new, there is not enough direction for judges to know how to conduct these hearings. Therefore, it’s very important to have experienced judges.

Yes, defendants should get a fair trial and they do. Yes, we all want to have a fair system. Justice should be served, but there should also be due process.

If nothing changes, public safety is going to be in greater danger than ever before. Contact your state representative and senator and tell them to fix this law. This bill must be repealed.

As citizens of this beautiful state, is this how we want to live? Do we want to worry constantly about the safety of our communities? The first morning after the celebration of New Year’s Eve should be bright and safe. And it will be, if enough people wake up and make the right decisions.