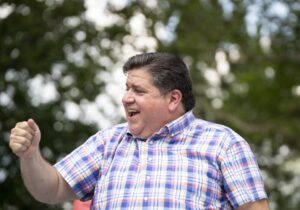 In a desperate attempt to lure businesses to the Land of Lincoln, Gov. Pritzker touted Illinois’ lax abortion laws in hopes of garnering the attention of some major corporations based in Texas.

In the letter sent to CEOs of major companies such as Oracle and Hewlett Packard, Pritzker states, “So as radical legislators in Texas functionally eradicate the autonomy of half of the state… I invite you to consider a new home base for your company… And last I checked, the majority of Americans aren’t too interested in living in a place where abortion isn’t an option.”

What Pritzker fails to mention in the letter, that along with unlimited access to taxpayer-funded abortions, Illinois families and businesses also foot the bill for the second-highest property taxes in the nation, second highest gas taxes, and the other 24 tax hikes and fees Gov. Pritzker has passed in his only three years in office.

In fact, the same CEOs that Pritzker thinks he can win over with his progressive governing agenda ranked Illinois as the third-worst state to do business. The kicker, they ranked Texas as the best.

In the past decade, Texas has seen an increase of 4 million people. Meanwhile, Illinois was one of only three states to lose population. And exactly why are Illinoisans leaving the state? Taxes.

Even during a global pandemic, Gov. Pritzker was pushing his tax hike amendment that would’ve raised income taxes on 110,000 small businesses and Illinois families. Down in Texas, they don’t even have a state income tax.

In addition to the bad business climate, let’s not forget the other elephant in the room, though Gov. Pritzker tries to ignore it, and that’s the high crime.

Chicago has already seen more murders and shootings this year than all of 2019. And worst of all, children are dying from gun violence at a rate three times higher than last year.

Even though Chicago steals the headlines with the unprecedented numbers of homicides,  Illinois cities like Peoria, Bloomington, and Springfield are also worried that the “defund the police movement” and the criminal justice reform bill championed by Gov. Pritzker is leading to police shortages. Without dedicated, well-trained police, communities are left with little protection and few resources to ensure their families and businesses will be kept safe.

Does any of this sound like a place that families or businesses would want to uproot and move to?

No. And Gov. Pritzker knows it. So why is he focusing on Texas’ policies rather than cleaning up the disaster he has created in Illinois?

It’s because he can’t run on his record. For Pritzker to win in 2022, he has to vilify his opponents to such a degree that voters select him by default. It is what he has been doing for over a year on COVID: attacking his opponents to elevate himself. He needs voters to be scared of “other,” he wants us divided.

His reelection pitch boils down to: we have issues we need to work on, but the alternatives are even worse. Sure, families are worse off than they were four years ago, but have you seen what Texas is doing?

Gov. Pritzker can continue with his gimmicks and progressive virtue-signaling, but that won’t bring good-paying jobs to Illinois. As we know, policies do have consequences. Will Texas see a mass exodus due to its limitations on abortions? Only time will tell. Will major companies start flocking to Illinois with the current business climate and high crime? That answer is undoubtedly no.

Instead of trying to bribe companies with progressive politics, Gov. Pritzker and the Democratic-controlled assembly should be prioritizing lowering taxes, cutting the red tape for entrepreneurs, and empowering law enforcement to keep our communities safe. Until then, places like Texas will continue to grow, and Illinoisans who stay will be left paying the state’s expensive bills.