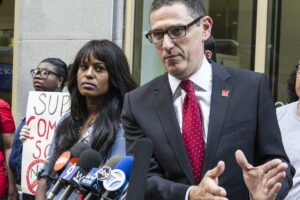 After trying to cram everything from a 3,000-page budget to weak ethics reform during Memorial Day weekend, the General Assembly is returning to session next week to resolve some unfinished business.

The budget that we now know increased lawmakers’ pay by $1,200, raised $665 million in new taxes on businesses, cut programs for adults with disabilities, and provided no property tax relief; surely, they are returning to Springfield to fix these mistakes.

Instead, they are returning to please special interests: Public utility giants and the Chicago Teachers’ Union.

After a year of indictments surrounding the ComEd bribery scandal, lawmakers are back at it negotiating with the utility company and likely providing major subsidies for the company. The likely energy bill also puts jobs at coal-power plants at risk. The bill, as it stands, would shut down these plants by the year 2035.

What is missing from this discussion? The cost burden on taxpayers.

One would think that with the major controversies surrounding ComEd that legislators would take a step back and rethink sending millions of taxpayer dollars to such an untrustworthy actor. On the other hand, ComEd has spent millions in campaign contributions to get what they want from legislators. That’s why Senate President Harmon, Speaker Welch, and the rest of the General Assembly prioritize them over your utility bill.

The other item that legislators are prioritizing for a return to a session is an elected Chicago School Board. More legislation to help the adults in the system at the expense of Chicago families and students. In an already highly-politicized environment between the Chicago Teachers Union and Chicago Public Schools, the General Assembly is injecting even more politics.

What’s missing from the conversation yet again? The actual education students are receiving.

Pre-pandemic, only 26% of CPS students were proficient in English Language Arts and Mathematics. This is where legislators’ focus needs to be: On students and their academic progress and opportunities—not providing even more political opportunities for CTU members.

As we said before, Gov. Pritzker and Speaker Welch are celebrating what they call “achievements” this past session. After session next week, ComEd and the Chicago Teachers Union may be joining them. Meanwhile, parents and families of CPS students and taxpayers remain uninvited.